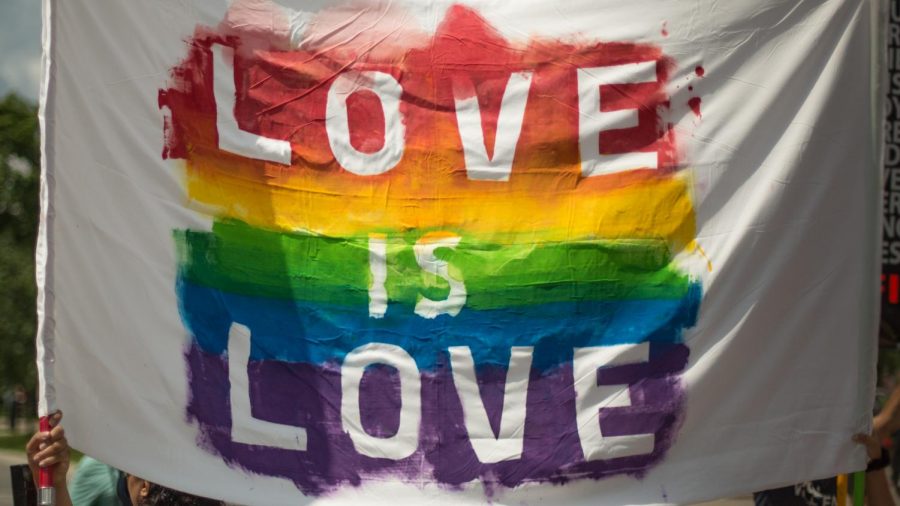 After facing backlash for a lack of diversity, DC has released the new Superman as a member of the LGBTQ+ community. Many large entertainment companies have added bisexual and gay members to their superhero crews.

DC also released a line of gay flag colored comic covers to support gay pride. These covers were loved by millions of comic fans, as they sit proudly on collectors’ shelves. TV shows, advertisements and fashion have made an increased effort to include representation for members of the LGBTQ+ community

This is an exponential change from comics and television in the 80s and 90s when all fictional characters were considered straight and LGBTQ+ representation was seldom seen.

According to a recent survey, 5.6% of Americans identify themselves as a member of non- heterosexual relationships. This growing number shows that it is more common than ever to be LGBTQ+, which in return creates millions of consumers.

Because of this, businesses have been given an additional community of consumers to cater to. This is because since the dawn of business, appealing to demographics has been a necessity. They have to change to fit the changing societal attitudes towards LGBTQ+ acceptance or be left behind.

Expensive colognes and fashion lines use commercials with luxurious images and big celebrities to portray a specific message to their consumers. If a business wants to attract customers, they have to appeal in some way to the masses in some way.

Senior Ben Shroeder stated, “I buy Old Spice deodorant simply because Von Miller and Terry Crews are in the commercials.” This shows the enormous influence that businesses’ affiliation with groups, lifestyles and celebrities can change market trends.

Thousands of companies have supported and given donations to LGBTQ+ efforts in recent years, but this raises an amount of skepticism for consumers. Many companies support these efforts with time, resources and their actions. Others seem pressured and overall in it for economic reasons. A deeper analysis is required to truly know the motives and reasoning behind a company’s support.

Heath Rice has lived in Iowa his entire life, but his growing passion for writing has given him an edge to more fulfilling experiences than the average Iowan. At the young age of seventeen, Heath has advanced experience in party planning, story writing and theatre. As a senior in high school, his ability to balance work and school makes him a qualified candidate for many colleges and job positions thus far. Heath plans on attending the University of Saint Ambrose in Davenport, Iowa in hopes of a scholarship and the ability to represent his future school playing video games. At home, Heath lives with his mom, dad, brother and grandma. There, he spends his time running a Bible study Tik Tok page where he reads excerpts from the religious text promoting a positive, safe environment. Additionally, Heath collects a plethora of comic books, horror movies and movie statues that allow him to grow his knowledge on many different platforms. Heath’s interactions with various different groups through work and school allow him to communicate effectively. With this in mind, he hopes to pursue a career in teaching or biblical studies in the future. Heath has been writing for many years and recently has started his own story called “Bar on 34th Street.” He hopes to finish the novel and have it published eventually. Heath has the desire to bring his strong writing skills and personality to the Spartan Shield this fall.