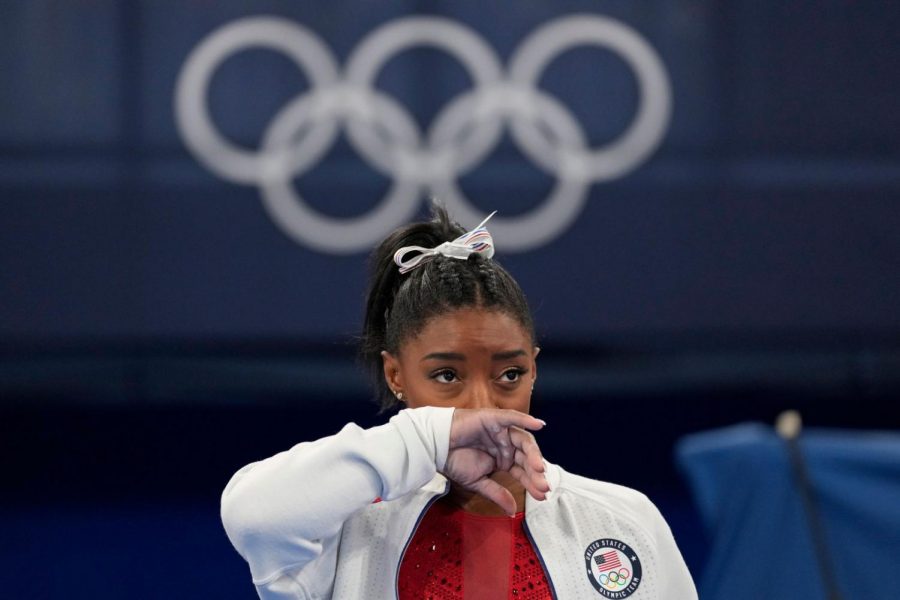 Ranging from gymnastics to swimming, skateboarding to badminton, even cycling to soccer, the international event of the year, the Olympic Games Tokyo 2021, was all over the media this summer.

Though all 33 sports and 46 disciplines that are a part of the event are meant to bring out the joyful love of sports and friendly competitiveness of the people all over the world, many saw upfront racism towards black athletes participating in this year’s events.

FINA stated that the caps did not “fit the natural form of the head” and to their “best knowledge the athletes competing at the international events never used, neither required…caps of such size and configuration,” as reported by the Guardian.

Danielle Obe, the founding member of the Black Swimming Association, told the Guardian this decision emphasized the innate systemic inequities in the sport.

“We believe that it confirms a lack of diversity in (the sport)…” Obe said in an interview with The Guardian. “We need the space and the volume which products like the Soul Caps allow for. Inclusivity is realizing that no one head shape is ‘normal.’”

Photo Credit: Flickr
The difficulties for black swimmers to find swim caps that will hold their afros create an environment of preclusion for people of the black community.

Contrarily, this decision made by FINA was said to be reevaluated.

“Currently reviewing the situation with regards to ‘Soul Cap’ and similar products, understanding the importance of inclusivity and representation,” FINA said.

Alongside the swim cap situation, the overwhelming pressure and racism black athletes undergo in sports, especially this year’s events, have been discernible.

Simone Biles, a black American artistic gymnast, was being held at higher expectations due to her inimitable tricks while not being credited for them. Biles has been experiencing racism and pressure alongside losing spatial awareness during her moves, creating difficulty to land safely.

“While white athletes too are subjected to strenuous workouts, long practices, and press scrutiny, their Black counterparts must deal with added stressors,” The Guardian said.

Biles’s strength when encountering racism is astounding, even while dominating the industry as a Black woman is extremely burdening. Not only has she become a role model for younger and other black athletes, but she is also held to higher expectations. International gymnastics officials continue to use her as a point to discourage other gymnasts from attempting skills they aren’t qualified enough to do, which isn’t fair to Biles.

On the other hand, in USA Today’s article about Simone Biles being penalized for her unique skills, the Women’s Technical Committee (WTC) brought some insight on how they take into consideration the risks of new techniques. Certain scores or decisions are made to maintain the safety and regulation of the gymnasts.

Racism is a pressing issue that is affecting black athletes today. After this year’s Olympics, many still see much progress that needs to be made in the Olympics when it comes to inclusiveness, representation and better treatment of minorities.

Middle child, high school senior, born and raised in Arizona — these are all the basic things you may already know about Simone Chery, but there is so much more. Such as how she is like a beautiful flower, blossoming. “Being a middle child, for the first few years of elementary school, I felt like I was ignored,” Chery said. “So learning, my grades were probably one of the biggest things that got my attention. So I was always A’s A’s A’s, I would never get anything below an A, and if I did the attention was gone.” Being the middle child helped her out very heavily in the long run. No matter what her reasons may have been, having such a high drive to get A’s and only A’s is such a hard thing to do, but she managed to do it. Just by looking at Simone you can see the hard work, the kindness, the care. She gives off this energy that is just too hard to ignore. Her creative side is such a sight to see. As a senior she is looking forward to her future and taking off in her career. “After high school I want to attend a college, either in state or in Washington state, and at this moment I am moving in a direction toward a career in forensic science and being an author,” Chery said. “Those are my main two desires, but I find that I change my mind a lot so it could change at any time,” she continued. Being as imaginative and adventurous as she is, it is bluntly obvious that Chery is made for great and big things. When discussing hobbies, we often hear things like playing sports or sleeping a lot, or “not much.” Well, Chery is a little different from the rest. “While I have a lot of hobbies, my main two are reading and writing. They’re really therapeutic so I find myself doing them a lot,” Chery said. “But they also kind of introduced me to in an entirely new and fictional world, and that’s why I do them a lot. I read every day and I write occasionally when I have been inspired to do so.” On the other hand, she does play sports. She plays badminton and she used to play softball. She started out with softball in middle school, but stopped because badminton was something that became her go-to sport instead. Interestingly, Chery is also fairly good at making room decorations and glass paintings. In the end, it is easy to say that Simone Chery is an interesting person. That being said, she obviously strives to be the best she can be and succeeds. She’s also one of the most caring and kind people you will ever meet.