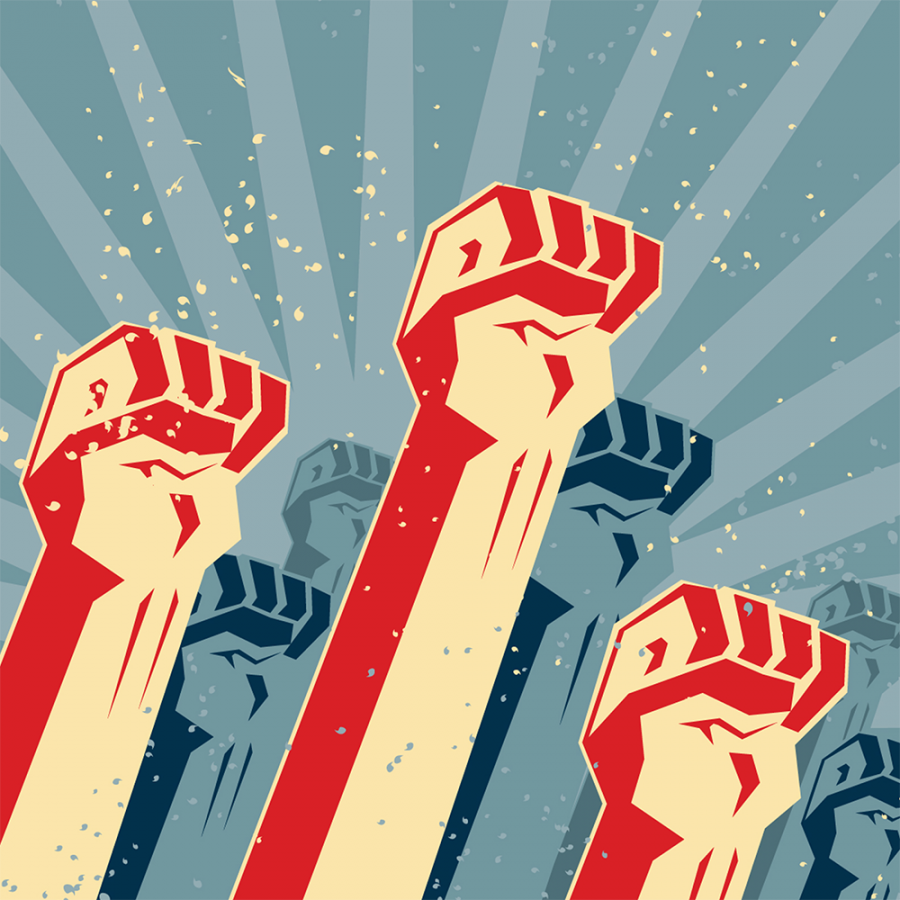 The negative side of the movements are extremely important and they usually have to deal with “How does this movement affect other people?”

Straightforwardly, not everyone agrees with the movements that have happened in the past, or in present times, regardless of how popular the movement is. The world holds different opinions, but sometimes opinions are not interpreted properly and that creates misunderstandings with the people perceiving the movements through their eyes. Maybe they’re right, maybe they’re wrong but movements can sometimes have a tendency to shut out other people’s opinions about the cause which is seen in some popular movements.

This could lead to major conflict in different peoples lives when certain people’s ideas and beliefs are shut out completely, or just maybe directly attacked just because they do not agree with what the movement stands for.

To start, the Black Lives Matter (BLM) movement is one of the biggest movements in history. Starting around 2013, it’s original purpose was to bring awareness to the injustices and inequalities faced by the Black community, particularly when it comes to the law and police brutality. This is whether an individual is oppressing a black individual, or maybe a group/community of black people were oppressed in some way. Although it seems to a lot of people that this movement has motives that seem to be good for society, some people can tend to disagree. The disagreement on its own created diversity and overall misunderstanding.

On Youtube.com, a channel named “Living Waters” uploaded a video that focused on the movement, including interviews of different peoples opinions. In this video, three people, Ray Comfort, Emeal Zwayne and Mark Spence interview multiple people on the issue of Black Lives Matter and we really get to notice the different opinions of people on this issue:

“What do you think about the Black Lives Matter movement?” asked Ray Comfort.

Later in the video, another interviewee explains, “We feel like the left side is race-baited and trying to get Trump out and that’s all this is.  And unfortunately, the Black Community, they’re used as pawns and it’s really sad.”

One of the interviewers concluded their belief on the idea, saying that the slogan “Black Lives Matter” is good, but the organization behind it is a different issue. That shows some of the views that surround the Black lives matter movement. This video that showed the interviews was also made around the same time the “George Floyd Incident” took place, which is why there were many people in the area to interview. There are still people who completely agree with what the Black Lives Matter movement is producing and trying to create.

Next, the LGBTQ+ movement is another huge movement that has popped up over the years. The idea of the movement was originally meant to give gay, lesbian, bisexuals, transgenders and more more freedom and rights just like straight people. But as this movement has been changing the world, not everyone feels the same about it.

On the Human Rights Watch website, a section called “LGBT Rights” is posted saying: “…Human Rights Watch works for lesbian, gay, bisexual, and transgender peoples’ rights, and with activists representing a multiplicity of identities and issues.…We work for a world where all people can enjoy their rights fully.”

So, there is huge support for the movement. People care about the rights of LGBT+ people and want them to be supported, not discriminated against. However, the movement is also affecting people outside of the movement and they may not agree with it. This usually tends to be people with religious beliefs, or maybe there are some people who just don’t agree with the actions, motives and more things about the movement. What do the people in opposition to the movement say about it?

On a YouTube Channel called “Cross Examined,” Doctor Frank Turek shares his beliefs about the movement:

“…I was fired for not agreeing…” said Frank Turek. “I never brought this up at work, but in the name of inclusion, tolerance and diversity, I was excluded and not tolerated for having a diverse view. So, this has nothing to do with equality…”

So, there is a lot of support for these movements online and in the real world. But there are also a lot of people who disagree with this movement for various reasons. So it’s better to ask ourselves, in every movement that happens, what are all of the effects of this movement that we are supporting, whether it’s BLM, LGBT+ and more. All movements can seem to have their benefits to so many people, but the negatives should always be looked at, especially without holding any biased opinions.

If the negatives are not being looked at, the people who are opposed to the movement’s they do not agree with could have bad or misfortunate things happen to them just because they do not agree. The unfortunate thing about that is, there are people who support those misfortunes, as well as the misfortunes of people who have not tried to express their belief of opposition to the movement everywhere they go. It’s also important to note that not looking at the negatives could even harm the people who are supporting the movements, if they’re not careful with what they are doing. Making movements to support beliefs and to take down other beliefs and suppress other opinions contrary to the specific movement can lead to severe conflict. After all, just because a lot of people support something doesn’t make it right.

Elie Mulamba is a student from Parkdale High School who is currently in the 12th grade and is planning to graduate in the year of 2022. He got into staff from taking Journalism as a class, and although he may not be sure on how he got selected to be in the class in the first place, he feels like he has contributed to the paper because he has talked about some subjects about situations that are sometimes talked about in misleading ways without being in the truth. Elie has tried to do that with (hopefully) no misleading information and with little to no bias, (maybe some bias, but not to alter the information given like propaganda). He is a Christian who loves music, wants to play piano, (or just instruments in general), likes to draw, inform other people on important things and likes to discover new things.

No Matter How You Speak It