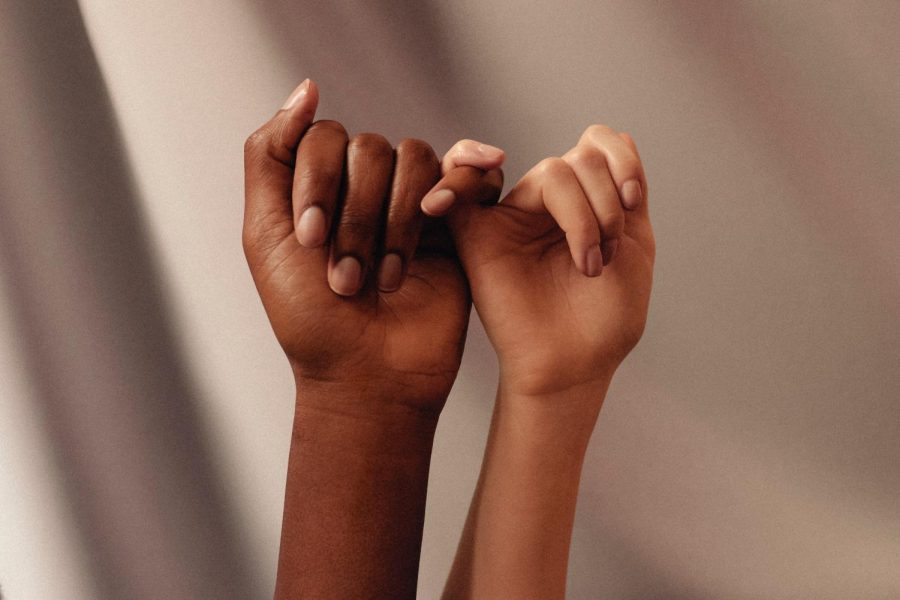 The lack of diversity in television shows and films has been a major issue since the creation of these forms of entertainment. In recent years, many LGBTQ+ people and people of color have been demanding new faces that represent who they are.

When I was much younger, it was often hard for me to find a character I could see myself in on television or at the cinema. As a Black and Puerto Rican girl, I felt overwhelmed by the amount of white female characters and toys that were marketed to girls my age. These characters were beautiful, and I owned a lot of their dolls, but I was also desperately in need of a popular character who looked like me.

I spoke to Ruby Moran ’24, a Hispanic student, who had nearly the same experience. “Growing up, I didn’t really have any characters that looked like me, except for like Dora the Explorer, and Diego,” she said.

Many current television shows such as Bridgerton, Euphoria, and Ginny and Georgia are often praised for their diverse casts. But to many, including myself, these shows often fall short in the diverse representation department. While incredibly popular, Bridgerton and Ginny and Georgia fail to include many diverse Black voices. The main Black characters in these shows are written to be either biracial or present as racially ambiguous. While all Black voices are incredibly important, the demand for racially ambiguous Black people further shows us that lighter skin tones and more euro-centric features are still seen as more palatable to wider audiences.

“When television shows portray Black people,” said Juliet Daniel ’21, “it’s almost always light-skinned Black people. And of course there’s nothing wrong with light-skinned Black people. There are plenty of Black people who are light-skinned, but not every Black person has light, skin, curly hair, and light-colored eyes.” Daniel continued, “On Bridgerton, there are only a few Black people. Out of the main cast, there are about two or three Black people, and most of them are light-skinned. So that’s not really helping to debunk those portrayals. I also think that Bridgerton failed because the way that the show ran, you would think that there is no discrimination, and that it was colorblind. Then the director said that it was ‘color conscious,’ but the show never actually talked about race or dove into it, or talked about its impact. I think this is really unrealistic, because for Black people, we can’t just ignore race. “

While Euphoria on HBO has very similar issues regarding ethnic diversity, I feel that the LGBTQ+ representation on the show is done very beautifully. Visible in the romantic relationship between Rue, a cisgender female, and Jules, a transgender female, their relationship is an amazing example of the complexities of gender identity and attraction.  “In terms of ethnic representation, Euphoria is not that great, but in terms of LGBTQ representation, it’s a really good show,” said Daniel. “One of the main characters, Jules, is trans and she’s played by a trans actress. I don’t think people understand how significant that is, because in Hollywood they almost never find the right actress to play the role that they’ve written. The actress who plays Jules is trans, so she brings her own experience into the role. I think that’s really, really important. That’s helped me come to understand more about the trans experience. I think that that kind of representation is really good for both trans people and for people who are cis.”

So what can casting directors and writers do to increase the amount of representation in their projects? What can be done is obvious — write more complex ethnic and LGBTQ+ characters into your shows; make sure these characters are appropriately placed, and have a story to tell. As audiences are increasingly pushing for more inclusivity, many productions are starting to take the hint and they are adding these characters to their shows or movies.

There is still obviously so much that needs to be done in the media and in television productions. Seeing different faces on a screen is reflective of the diversity that we see every day. As many of us push and call for changes within the entertainment industry, we set expectations for new shows and films.

So what can casting directors and writers do to increase the amount of representation in their projects? What can be done is obvious — write more complex ethnic and LGBTQ+ characters into your shows; make sure these characters are appropriately placed, and have a story to tell. As audiences are increasingly pushing for more inclusivity, many productions are starting to take the hint and they are adding these characters to their shows or movies.

Victoria Diaz is a Spotlight Section Editor for ‘The Science Survey.' She believes that journalism is important in its ability to share ideas and knowledge with the general public and to inform them about current events. Victoria also believes that journalism is important as a way to creatively express yourself and incorporate ideas and thoughts from the people in your community. She believes that photography acts as a perfect compliment to journalistic writing, as it gives context to the subject and setting that is being written about. She enjoys creative writing, activism, yoga and hip hop music. Victoria plans to study psychology in college.

Diversity in the 2018 Olympics

International Mother Language Day: A Celebration of All Languages