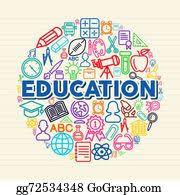 With education, many issues unfold. The U.S Education System is failing. There are a vast number of problems that are contributing to the failure of the U.S Education System. According to The Public School Review, it was reported last fall that 22 percent of the children in the U.S. live at or below poverty level. There is a ton of room for improvement, and people should take the opportunity to enhance our schools.
Some parents of children are not involved enough with their child’s education. Other Parents feel intimidated and unwelcome at school. They also have had negative school experiences themselves. Many parents of various cultures are so unfamiliar with the American culture that they do not want to get involved or feel unsure about their contributions.
When there’s no parental involvement, children don’t learn how to properly respect their teacher. Children learn about social cues and social hierarchy from their parents after all. If parents aren’t being involved in their education, they’ll begin to think that their education simply isn’t that important. Their child may not do their homework and then proceed to receive bad grades. This can further affect the child because they will become sloppy and won’t perform well all because their parents aren’t involved. The child will know that they can get away with unruly behaviors, and have a bad attitude which would not be good.
Overcrowded schools have negative effects on students. Some don’t like to be around a lot of people and may suffer from anxiety. There are classrooms that can’t fit everyone, so problems erupt. Overcrowding increases discipline issues. With an increase of students comes an increase of risk factors. These may include tensions, conflicts, and disruptive behavior. As a result, teachers have to shift their focus on trying to manage the classroom rather than teaching.
This also contributes to poor learning conditions. The lack of space, fresh air, and extremely high voice levels can lead to a lack of attention. For some communities, inadequate shelter and overcrowding are major factors in the transmission of disease. These diseases include acute respiratory infections, meningitis, typhus, cholera, scabies, and more. Severe outbreaks are more possible when there are a high number of people in one area.
While there are benefits for technology, it always comes with its downfall. Students often misuse the technology. Rather than focusing on their schoolwork, they can go to other sites that aren’t productive. These include pulling up Google Chat and communicating with others, possibly calling, playing games, and looking up information to get better grades on a test or quiz when they are not allowed to. The cost of technology can be a problem too. As technology advances, so does the price. Some schools can’t afford for everyone to have an electronic. This causes issues. Classrooms wouldn’t be balanced. Some would have computers, and some wouldn’t.
In many schools, there is a lack of diversity in gifted education. Many are unrepresented. Being gifted academically can make a child feel different from their peers. This could lead to the child being bullied, and go into depression. Studies have shown that the more intellectually gifted a child is, the greater risk of social difficulties and unhappiness. The unrealistic expectations that are present can put pressure on those classified as gifted.
Another issue is dress code. Although it keeps people from wearing very inappropriate outfits and wearing gang-related clothing, they hold serious problems. From targeting girls to violating freedoms of religious expression, schools can often do more harm than good. The dress codes frequently aren’t followed. The administrations spend a lot of time enforcing them, and when lawsuits are brought to the court, the school generally loses.
In conclusion, schools should make a better experience for their students. Parents should be required to be involved with their child’s performance in school so students can be successful. Schools should limit the number of students in classrooms for a better learning environment, monitor the use of technology to prevent cheating, represent gifted people, and enforce dress codes without harming others. My final thoughts are that schools should represent themselves as a safe, and caring environment and maintain that. They should also monitor everyone’s computers and other personal devices for any cheating or inappropriate subject matter.