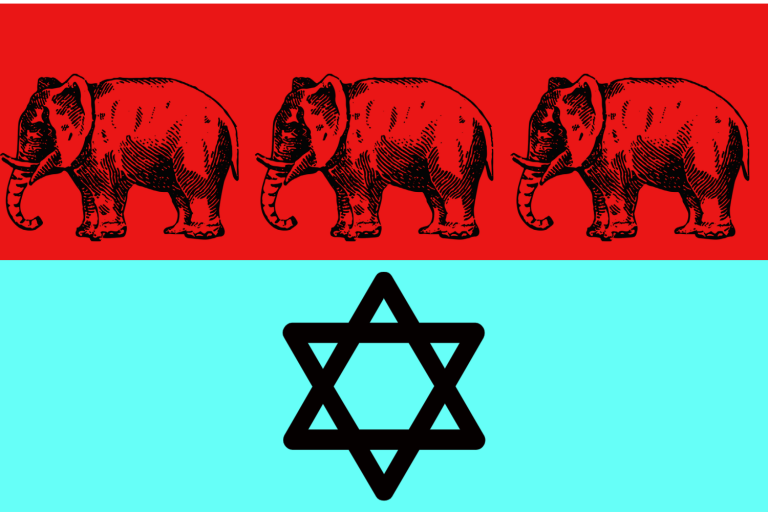 “Left-wing anti-semitism” has been an increasingly common target of conservative rile over the past few years. Many right-wing outlets and organizations have dedicated a significant amount of time arguing that the greatest threat to American Jews comes from progressives. Popular former New York Times Opinion Editor Bari Weiss has articulated the position more clearly than anyone, saying in her 2019 book “Anti-Semitism that originates on the political left is more insidious and perhaps more existentially dangerous [than anti-semitism on the right].” Notorious right-wing commentator and punching bag for old British people Ben Shapiro has made a habit of calling critics of Israel “anti-semites.”

Unfortunately for these people, there’s a simple, but quite larger issue with their logic: it’s wrong.

A new study from political scientists Laura Royden and Eitan Hersh thoroughly debunks the myth that American conservatives are less likely to hold anti-semitic beliefs than those on the left. In fact, the study finds that among the largest ways to determine if a person is an anti-semite – believing that Jews are loyal to Israel, defending boycotting Jewish businesses, and saying that Jews have too much power – it’s conservatives that display the most anti-Jewish bias. In fact, the more conservative a person is, the likelier they are to have anti-semitic beliefs.https://flo.uri.sh/visualisation/6053379/embed?auto=1A Flourish chart

I could say that these results don’t shock me at all, but I’d be lying. I’ve always agreed that there is at least some level of anti-Jewish sentiment behind elements of the far-left, including Ilhan Omar’s tweets that flirted with the corrupt Jew stereotype, and a growing sense among American far-left activists that Israel itself should be destroyed. My expectation – just as the authors’ were – was that anti-semitism would be somewhat like a horseshoe: high on the far-left and far-right, and low in the center. But instead, the most left-wing people are the least anti-semitic group in America.

Understanding the data is a lot easier when you’re aware of the other political science literature on what motivates the left and right. Though the conventional wisdom is that people adopt the political identities that match their policy beliefs, (pro-lifers are conservatives, pro-choicers are liberals) it’s more accurate to say that people’s broader political identities come from their personalities. For example, one of the best predictors of political ideology is “openness to experience.” The phrase is one of the “Big Five” personality traits, and is a measure of how comfortable a person is with diverse, new experiences. Unsurprisingly, people who have high openness to experience tend to be very liberal, and people low in openness to experience tend to be conservative.

Hi, I’m Ahmed Ahmed, a senior in the Culinary and Hospitality Program. This is my third year on the staff. I’m a Research Assistant at the UBI Center and a Senior Researcher at the Mission for American Resolve, a student-managed think tank. I like writing about economics, current affairs, history and nerd culture.

How To Celebrate Black History Month