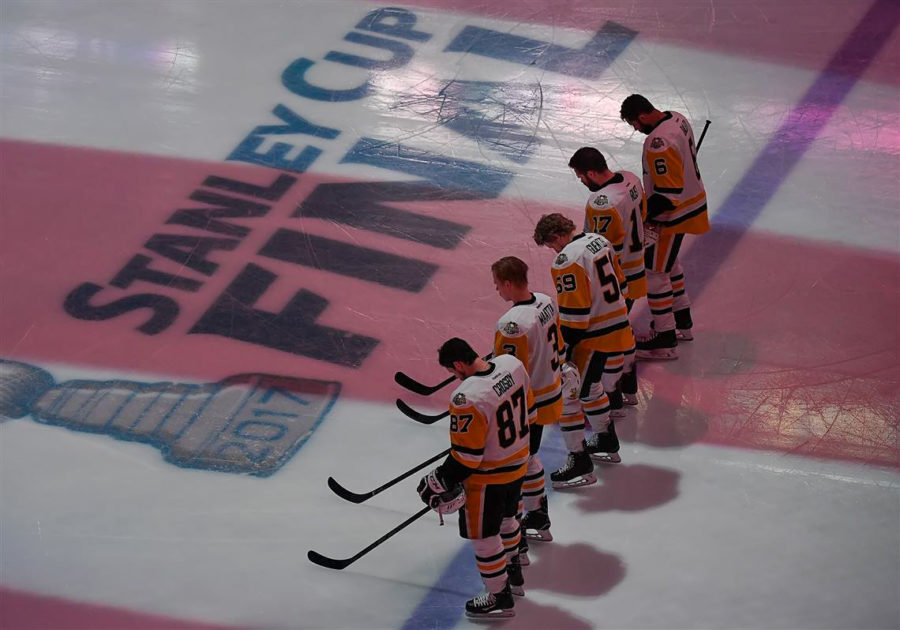 Everytime there’s a scandal or big news story surrounding the National Hockey League (NHL), I always expect more people to care than actually do. After an important story breaks, I figure there should be a few massive headlines or maybe a heated debate at school, but, more often than not, if I bring up the big news, most of my friends and peers don’t even know what I’m talking about.

The NHL, in a variety of ways, flies under many Americans’ radars. In general, hockey receives less viewership in America than other professional sports like football, baseball, and basketball. Hockey is one of the least played youth sports, perhaps because it is also one of the most expensive. Equipment for a beginner can cost between $450 and $600.

Additionally, the NHL has struggled to grow the game’s popularity. The league has seen stagnant playoff viewership over the last 15 years, and the 2020 Stanley Cup Championship was the least watched cup-clincher in over two decades. Because the league mandates that every team has a certain number of regional games aired by the team’s local broadcast team, it can be hard for people who don’t live in hockey towns to watch a variety of games.

So, it makes sense that, comparatively, hockey in America isn’t all that big of a deal. It’s hard to watch and expensive to play. But while this may be a disaster for the NHL’s marketing team, the public’s ignorance to professional hockey might just be its reputation’s saving grace.

Some of those big stories that no one seems to care about, well, they don’t exactly show the league’s best side, and I can’t help but think that if the sport was more mainstream, like professional football, the NHL’s incompetence would cause much more of a public uproar.

Besides general popularity and viewership, the league has a host of other problems. One of the most pressing is that it can easily be seen as unapproachable. While professional hockey players come from a variety of countries, about 94.3% are white. There are currently only 42 Black or Indigenous players in the NHL.

There are also countless instances of current Black hockey players being treated unfairly or encountering racism. White fans chanted “basketball” at Devante Smith-Pelly, a former Black forward for the Washington Capitals, as he sat in the penalty box in 2018. There are dozens of reports of opposing fans racially abusing Black players on social media, and the New York Rangers have long been criticized for continuing to sign defensemen Tony DeAngelo, who was suspended from the youth hockey league for uttering racial slurs at his teammates.

In February of this year, the Rangers finally placed DeAngelo on waivers, and, while some speculated that he simply wasn’t playing good enough, the decision came after rumors that DeAngelo took and skated away with the puck that his Black teammate should have received for scoring his first goal in the NHL.

Most recently, the NHL has been scrutinized for its handling of a COVID-19 outbreak on the Vancouver Canucks team. In the beginning of April, the organization had 25 positive COVID tests within three days. The reports, while never officially confirmed, stated that the team contracted the Brazilian variant of the virus and that several players lost weight or were on IV treatments.

After everyone exposed underwent quarantine protocols, the NHL told the team it had to resume its normal schedule, giving them one practice before their first game in three weeks. After some public push back, and a press conference in which a forward for the Canucks said he and several other players were nervous about coming back so soon, the NHL gave the team an extra two days off.

Then, because the Canucks missed so many games while in quarantine, they were scheduled to play 19 games in 31 days in order to finish the regular season.“

It shows that the NHL has very little consideration for its players’ safety, and that the NHLPA, which is supposed to advocate for the players, is essentially useless.”

If you’re not familiar with hockey, that is an insane amount of games to play in that time period — even for a normal, healthy team. Most hockey teams play back to back games only a half dozen times a season, and they are almost always rewarded with several days off afterwards. Asking a team who is recovering from a serious respiratory illness to play that many games with almost no time for rest is ludicrous.

It shows that the NHL has very little consideration for its players’ safety, and that the National Hockey League Players’ Association (NHLPA), which is supposed to advocate for the players, is essentially useless.

The NHL’s rescheduling of games also interfered with the memorial the Edmonton Oilers had planned for their late teammate, Colby Cave. Days after Cave’s family and the Oilers organization announced the date for the memorial, the NHL scheduled a game that same evening. Connor McDavid, the captain of the Oilers and one of the league’s best players, publicly questioned what the league was thinking after the Oilers lost 5-0 to the Calgary Flames.

Additionally, the questions about player safety that the Vancouver COVID outbreak raised are nothing new. Penalties on hits in the league have been criticized for years. Some seemingly horrific hits receive no call at all, while other fairly harmless ones get a player penalized and fined.

After Penguins left winger Brandon Tanev was given a major penalty for illegally hitting another player into the boards this past March, captain Sidney Crosby expressed that no one in the league really knows what to expect.

“I hope as players we can get some clarity on what’s a good hit and what’s not,” Crosby said in a post-game press conference. “I know it’s fast, but right now it’s really hard to know what is in fact clean and what’s not, and when you’re out there playing it’s important that you do know that.”“

The NHL can’t put some stickers on players’ helmets and design some pretty warm up jerseys and expect the league to become more safe and diverse.”

Even when the right penalty is called, the consequences are arbitrary at best.

Capitals right winger Tom Wilson, for example, has been suspended four times in his career, all for either late hits, boarding, or illegal checks. He has literally put several professional athletes in the hospital. But since the NHL only considers suspensions that occur within 18 months of each other “repeat offenses,” Wilson essentially faces no consequences.

Additionally, players can only be fined up to 50% of one day’s salary for player safety violations. That’s not nearly enough for them to care; it’s nothing more than an inconvenience.

In recent years, the NHL has tried to diversify its audience and do more to protect its image, but the efforts often seem like nothing more than token activism. They’ve developed a program called Hockey is for Everyone, which aims to make the sport more accessible.

The league celebrated Women’s History Month by hosting some games dedicated to female athletes, but it felt underwhelming. They just shared some pictures of girls playing hockey and talked about women’s college teams. While the effort was there, highlighting female sports once a year doesn’t do much good.

Several teams, including the Pittsburgh Penguins, also hosted Pride Games, which, at least to my eyes, simply consisted of rainbow warm up jerseys, rainbow stick tape, and some charity auctions.

I am not saying that these efforts are bad. They’re better than nothing. But expecting them to change an entire sport’s culture is futile. The NHL can’t put some stickers on players’ helmets and design some pretty warm up jerseys and expect the league to become more safe and diverse.

To be clear, I absolutely love hockey. I think it’s one of the greatest sports in the world, and, in spite of everything, the NHL is the only professional sports organization that I watch regularly.

All I’m saying is that the league isn’t perfect, and if it wants to secure hockey’s place in American culture, it must be better. It needs to address its severe lack of diversity and apparent disregard for player safety, and it needs to ensure that making hockey “for everyone” is a promise, not just an empty slogan that it can pick and choose when to prioritize.

Kristen Kinzler is a senior at NASH who loves expressing her opinions and drinking excessive amounts of coffee and tea. When she's not writing or rewatching Supernatural for the fourteenth time, she can probably be found playing lacrosse, reading, or watching hockey. She plans to attend Bowdoin College next fall.

Misuse of the word “gay” offensive