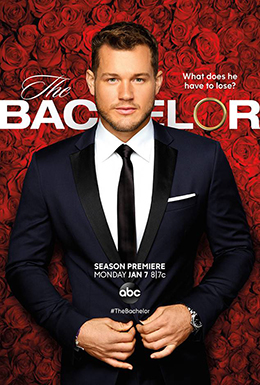 Earlier this week, former NFL player and “Bachelor” star Colton Underwood, came out as gay on “Good Morning America.” The NFL player turned reality TV personality has been known, as of recent years, for his whirlwind romance with Cassie Randolph on season 23 of “The Bachelor.”

In Underwood’s recent memoir, “The First Time: Finding Myself and Looking for Love on Reality TV,” he revealed his experiences in finding his identity after his football career, many instances of self-discovery and moments of questioning his sexuality throughout his life. He recalled many instances in his past when the term “gay” was thrown at him in an insulting and pejorative manner and talked about his experiences growing up in a religious environment while coming to terms with his sexuality.

Underwood, like many other LGBTQ+ celebrities under the scrutinizing limelight of Hollywood, shows further proof of a clear, continual problem not only in the entertainment industry but in society as well. His story and experiences as a gay man in the industry bring to light, once again, the continual toxic oppression and discrimination against members of the LGBTQ+ community today.

This toxic cycle of hate against the LGBTQ+ community can also be traced to their negative representation in films and television shows. Many shows and films will include LGBT characters–and a few people of color–to falsely advertise inclusivity and diversity; but the characters are usually poorly written, barely seen or utilized as comedic relief.

In many films and television shows, openly gay characters are usually portrayed as terribly written side characters who are often the object of homophobic and transphobic punchlines, meant to be offered as comedic relief for the audience. And when these characters are not being misused and abused in a terrible comedic fashion, they are being toxically written as “stereotypically gay” characters and are clearly only written so that many films and TV shows can market themselves as “inclusive.” Moreover, LGBT characters are rarely given much screen time in many films and when they are, it seems that their personality is entirely or predominantly based on their sexuality or gender identity.

The problems of discrimination and oppression against this community are not only prevalent on-screen. Many actors and actresses have often been known to keep their gender identities or sexual orientations a secret for a long time out of fear of receiving fewer offers for roles or horrible scrutiny from the general public. In a time where these issues shouldn’t be as prevalent–or prevalent at all–society continues to make it a danger to those in the LGBT community to be themselves, especially for those in the spotlight who are constantly pressured to maintain a certain unattainable and unendurable appearance in the public eye.

These toxic issues are not only making it harder for the LGBTQ+ community, but they also lead to other problems such as false inclusivity and false marketing of equality and diversity in film. It’s heartbreaking to see that these pernicious issues created within our own society have heavily influenced the content of the silver screen, allowing and encouraging further oppression and discrimination against the LGBTQ+ community. This past year, we have all seen how hate, discrimination, stereotyping and oppression can tear apart a society, and I hope that Hollywood will learn from the mistakes of society and set forth to make true change in the future.

Katy Chen is a Senior from Louisville, MS. She loves reading, listening to music (especially old throwbacks and musicals), and watching nostalgic childhood shows/movies. She's not sure what she is going to do in the future but probably pursue some career in the medical field and minor in performing arts.

How We Should Educate Students about Racism

Why We Should Talk About Race and Diversity in Private Schools