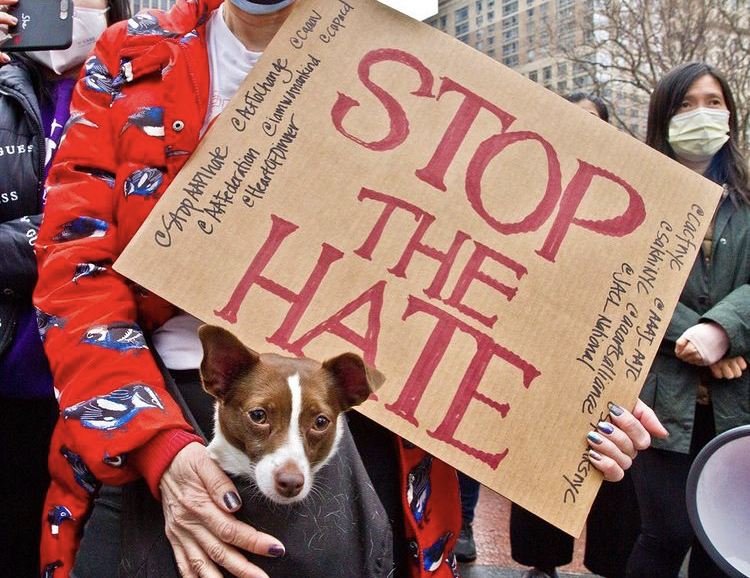 “Hey, get your filthy Kung Flu self out of my way!”

With a jolt, she realizes the man has pushed her to the ground, where she hit her head against a metal newsstand box. He kicks her twice again, seemingly eager to leave no stone unturned.

She is left breathless from the amount of pure venom in his voice, the lack of remorse for what he just did.

It wasn’t about her being used as a human punching bag, and it wasn’t about the baseless name-calling, which she had been dealing with her whole life. It was about the fact that a complete stranger had been mad enough about her face that he went out of his way to push her to the ground.

It served as a reminder that being born an American citizen would not grant her the equality so often preached about.

She is not unique in this aspect. The rise of COVID-19 cases has brought with it the rise of racism. When former President Donald Trump labeled COVID-19 as “Kung Flu” and the “Chinese virus”, he spun a narrative that identified the pandemic as a Chinese ethnicity. And he was met with deafening cheers.

This pandemic has only served to bolster the underlying xenophobia towards Asian-Americans. They have been subject to name-calling and verbal attacks, storefront raiding and assaults, even acid throwing and physical attacks.

In recent weeks, a slew of hate-fueled attacks has spiraled into a vicious succession of violence. A Filipino man’s face was slashed on the subway. An Asian American man was stabbed in New York’s Chinatown. An 84-year-old Thai man was slammed to the ground and subsequently died from a brain hemorrhage.

And through this, mainstream media is silent. In response, New Yorkers have taken to the streets to have their voices heard. Rallies organized by the Asian American Federation (AAF) garner hundreds of politicians and victims alike.

“They [Asian elders] are defenseless, and it’s cowardly, and it angers me, it really angers me,” Pearl Sun said.

The recent deaths and murders serve as a rallying cry for Korean, Japanese, Filipino, Chinese, and other Asian-Americans to unite against bigotry that targets them all.

“We understand when we’re being singled out for one reason and one reason only, and that is the color of our skin, or some would say, the angle of our eyes,” Liu said. “That is bigotry at its worst, and we cannot stand for it, here in New York or anywhere else in this country.”

Anti-Asian hate speech has been an issue for years on end; it just hasn’t been seriously acknowledged until now. Racism against Asians is often dismissed due to the model minority myth, essentially expressing that Asians are better off than other minorities.

The model minority myth’s illusion of Asian upward mobility creates a fallacy that pushes Asians on a pedestal, suggesting they are untouched by racism and discrimination. But it is a myth for a reason.

It discounts the percentage of Asians without economic stability and further enforces racism and microaggressions. Asians who are not fiscally well off are ignored in this stereotype, and it only encourages racist remarks in the classroom and workplace settings, disguised under the pretense of being compliments.

Not only that, but people often view Asians through their proximity to whiteness, a harmful and damaging comparison. This erases the racial struggles that Asian people experience daily, regardless of whether they may or may not have the white-passing privilege. Even further, this disregards the diversity of the Asian community.

All this leads to a dismissal of violence against Asians, as people no longer see them as a vulnerable minority, thus not understanding the continuous racism Asian people still face.

Until violence and racism directed towards Asians is acknowledged, progress is stilted, and people will remain a victim to unadulterated hate.

To combat this, people of all races, ethnicities, and backgrounds need to stand with Asian Americans in support. They must work as a community to unlearn the damaging narrative that Asian Americans are better off, so their struggles should be invalidated.

“We know this is an issue that affects all our communities,” Russell Jeung, co-founder of Stop AAPI Hate, said. “And we’re calling for restorative justice models that break the cycle of violence.”

Ways to help include ethnic studies to teach people about racial solidarity or community mediation efforts to hold people accountable and work together to resolve issues.

Whether they are directly impacted or not, all races can do their part to make a positive change in racist attacks and hate speech.

Marrisa Chow is a junior at Carlmont High School and in her second year in journalism. She is also a coxswain at NorCal Crew, which she loves, but does not love the 5 a.m. wake-up. Twitter: @marrisachow

We are not a virus