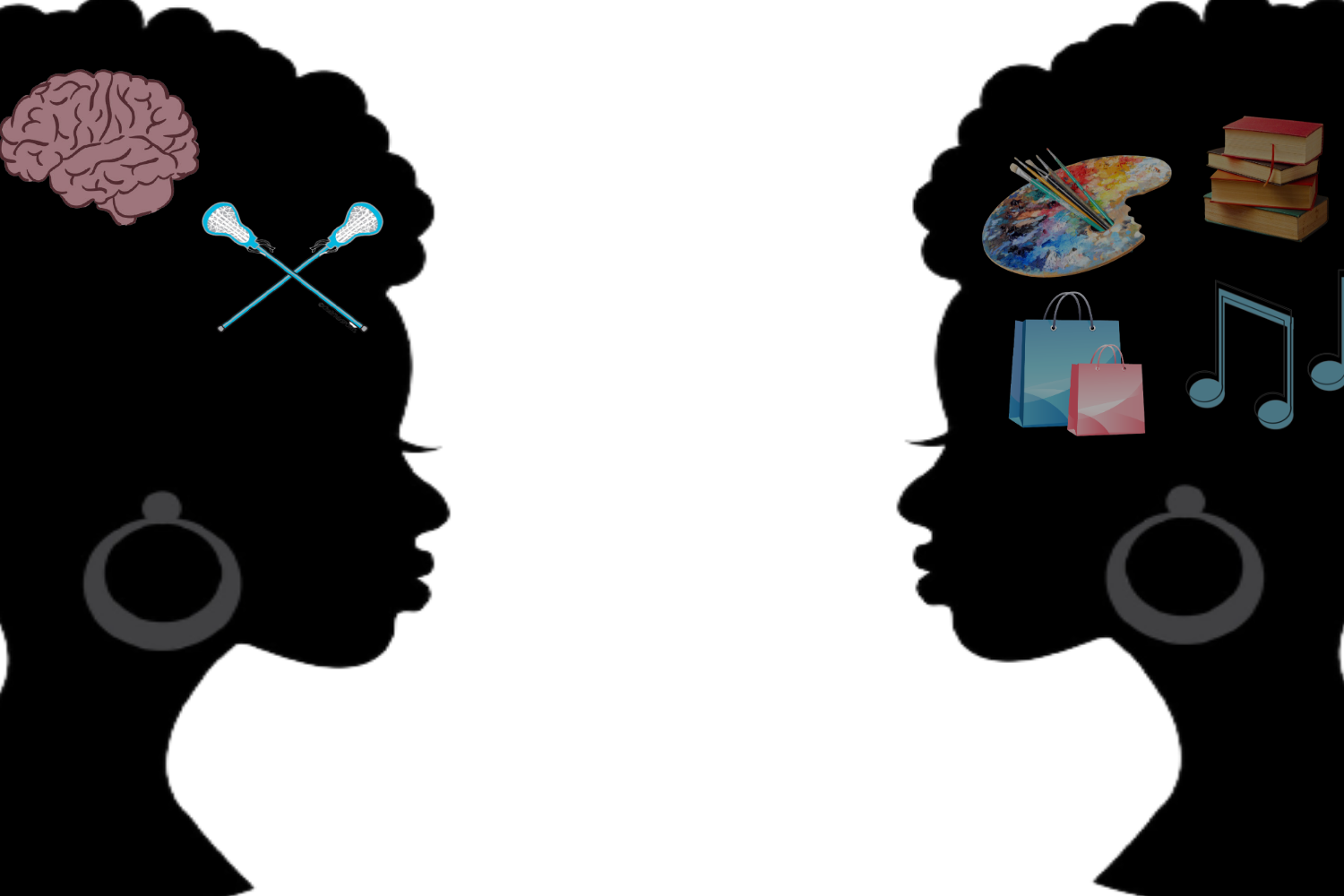 Black History Month is a time for Black people to celebrate all of the amazing strides that have been made since the end of slavery.

President of P.O.W.E.R, Qemamu Reddick (‘21) said, “I think that having Black History Month is important because we need to not only celebrate ourselves and learn about our past. The past is what makes us and with that we have a more promising future.”

However, it is hard to be happy while having to listen to non-Black people discourage the necessity of the month as well as face micro-aggressions on a daily basis. Some of these micro-aggressions include the ideals that Black people should look, sound, and act in a certain way, which creates stereotypes that can mold environments of self’-loathing for Black children and follow Black people into their adult lives.

Many people will assume if a Black person does not speak in a certain way, they are not really black. This ideal is held by those who believe that all Black people should speak AAVE. African American Vernacular English, or AAVE, is a dialect of English that was developed in the South during and following slavery, after the slaves were forced to learn English, and to unite Black people who had lost their cultures. As time progressed, AAVE was deemed “unprofessional” and became synonymous with being uneducated. This brought about the need for Black people to speak differently around white people, an act that became known as code switching.

Code switching is another explanation for why Black people might not “sound Black.” According to Medium, code switching is the process of shifting from one linguistic code to another, depending on the conversational setting. Black children have to learn the harsh realities of using AAVE in a “professional” setting when they are made fun of at a young age or told that their natural way of speaking is “improper.” Ironically enough, there has been a widespread appropriation of this dialect leading non-Black teens to diminish AAVE to simply “internet slang,” especially on social media platforms such as Twitter or Tiktok.

Performing Arts Teacher Nancy Mizzell said, “It is interesting that you asked that because I don’t know if it’s something that a lot of people outside of the field actually think about, specifically in the field that I am hoping to dive further into as a conductor, right now I am working on my Masters in Conducting in addition to teaching here. The percentages of Black and Latinx classical musicians are about 1.8% in professional orchestras and I believe that number is around 3% for conductors and directors. It is something that I myself am aware of and that I am hoping to change, which is part of the reason why I am more committed beyond my love of music to be working in the field.”

When a Black person does not fit into the monolithic idea of a Black person, whether it be by being mixed, light-skinned, or with features that are not stereotypical, it is assumed that this prohibits them from being Black. This way of thinking is extremely detrimental, especially to mixed Black people, because this causes them to grow up feeling as though they are not Black.

“Honestly, ever since I was little, I’ve never been seen as ‘biracial.’ It was always ‘you’re too white to be black’ or ‘you’re too black to be white.’ And whenever I would try to embrace one side more than the other, I was trying too hard to be something I was not because I’m ‘mixed, not black/white,’ yes, ‘you’re not black’ or ‘you’re not white’ are actual things that people have said to me in arguments. On top of all this, I’ve been told that I can’t have a say on issues like racism because I’m ‘not black and therefore don’t know what it’s like to be black,’ despite the fact the even biracial people experience racism,” said Riley Rubio (‘23).

Actress Vanessa Morgan has recently revealed that she is the least paid series regular on “Riverdale.” Along with this, Morgan claimed that she is only on the show to fill a diversity quota, and allow her character to be a token. Tokenism is the policy of making only a symbolic effort, as to desegregate. This occurrence, which happens in all facets of life, only allows for the most “socially acceptable” people of color to be allowed into white spaces. Morgan is rightly upset that her show is only portraying a socially acceptable Black person, along with the fact that she is being underpaid.

According to UCLA’s 2020 Hollywood Diversity Report, the share of all film roles in 2019 for Black people was only 15.7%. This means that out of every role in every movie made, Black people only get 15.7% of them. This could be because someone is too dark or any other physiological feature. Tokenism then causes the Black people that are portrayed to be portrayed as similarly to white people, prohibiting Black people, especially Black children, to be deprived of seeing themselves on TV. The lack of exposure for Black people in film directly correlates to the concept of “acting white” because while white people are shown as doing anything and being anyone, Black people are not. This leads to people believing that Black people can only do or be one thing, and anything outside of that is them “acting white.”

While all of these issues stem from white supremacy, the Black community has played a hand in perpetuating them. Growing up, Black children might be told that they are too dark or too light, that their interests are too “white,” and even that they have too many white friends, which makes them white by association. Having to deal with this from your own community is harmful, especially since it causes Black children to grow up ashamed of their interests, and many will grow up to perpetuate the same ideals. While some Black people probably act this way because they are trying to create a distinct culture for themselves, this is not the way to go about it.

One way to combat these ideals is to educate yourself on the Black experience. This can be done through reading books, such as “The Hate U Give” and “Just Mercy” or watching movies, such as “I Am Not Your Negro” and “13th.” Watching movies or reading that simply portray Black people breaking stereotypes are also helpful, such as “Sylvie’s Love,” “Friday,” and “Love & Basketball.”

Raquelle Elson is a junior at the Academy, third-year staff writer, and taking on the duties of co-managing editor of Achona this year. Elson is currently the president of the Social Justice club, and a member of the Speech & Debate, Ambassadors, and P.O.W.E.R. clubs. In her free time, she enjoys watching The Umbrella Academy, Criminal Minds, and reading the Percy Jackson series. She loves the movies Thor: Ragnarok and Gossip Girl, and believes that everyone should watch the reboot when it comes out. In school, Elson’s favorite subjects are English and APUSH, –––In the coming year, Elson is excited to visit Houston, Texas, participating in team-building activities with other clubs, and celebrating Halloween. She is aspiring to study at Columbia University to become a criminal justice lawyer, and work with the Innocence Project to help others.

Diversity And The Fight Towards The Democratic Ideal

We took for granted each other’s steadfast company.