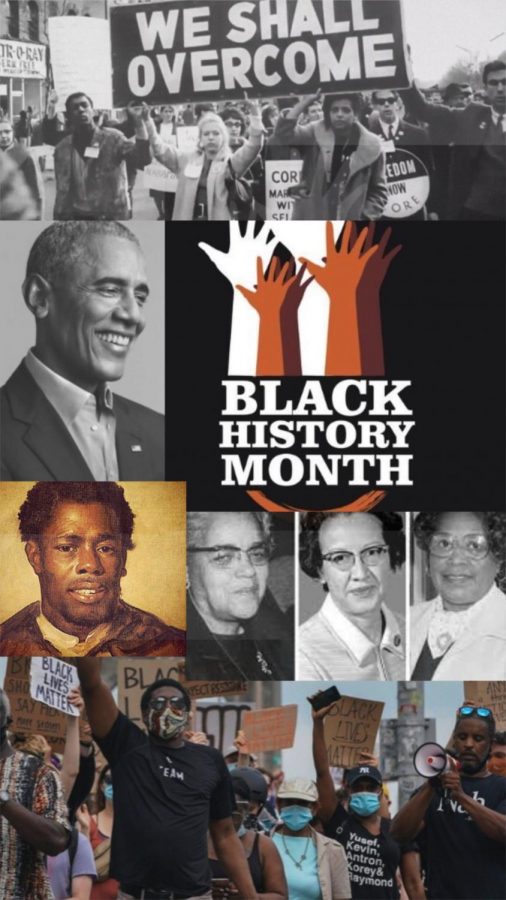 Slavery was abolished in 1865. Fifty years later ,a few African Americans decided to start researching the achievements of the African American community in the United States. Carter G Woodson ( historian) and Jesse E. Moorland (minister) led this study starting in 1915. These two men founded the ASNLH standing for the Association for the Study of African American Life and History. ASNLH decided to sponsor “Negro History Week” the second week of February. This inspired many celebrations and recognition all around the country. After 1960, it was decided that this week must evolve into a month shining light on Black History.

It is crucial to know and understand the background of slavery and systematic racism that has developed in the United States. Slavery arrived  in the Americas in the 1600’s, more specifically in 1619. In 1619, a Dutch ship carried twenty enslaved Africans to the uncolonized coast located in present time  Virginia. Soon after this, slavery unfurled across the United States. It is impossible to have an exact number, but it was estimated that over six million Africans were imported into the United States to become slaves.

The Civil War created a divide amongst the United States and the views of the morality of slavery were divided. While the Revolutionary War was taking place, the cotton industry became a massive sense of income in the southern states, making the “need” for slaves “necessary” to the slave owners. These were horrific conditions, in which the enslaved African Americans worked over twelve hours a day with little to no food, sleep, and basic necessities to survive. Keep in mind that these slaves were picking cotton, and tearing the thorns out of it, as well as the fact that most southern states are extremely hot year-round. Awful conditions in which millions were forced into for the sake of profit. This was not the only industry that enslaved Africans were forced to work for, but the most tedious.

Starting in the 1780’s, an underground railroad was used  by the Slaves, Quakers, and Abolitionists. This was an attempt to free the slaves from southern plantations via railroads, safe houses, and eventually lead them to the northern states.

In 1865, the Civil War ended and the Union gained victory, resulting in the abolition of slavery, freeing millions of people. This was created to be the Thirteenth Amendment. In an attempt to deflect this some southern states created “black codes” which were restrictions on the freed black people’s rights, as well as being able to use the freed black people for labor as done in the past.  To protect the formerly enslaved African’s rights, the 14th amendment was created in 1867. This was a martial law that put the southern(Confederate) states in their place making the unfair, and inhumane treatment of the freed slaves illegal.

More recently, Black History Month has become one of the most prominent celebrations in the United States, as well as Canada. The United Kingdom and Ireland have also followed these celebrations and recognition’s. Nationwide schools and businesses offer plays, lectures, special content television airings, and black themed meals. La Garret J. King (Professor of Social Studies, University of Missouri) believes that the American Schooling system fails to teach students the rawness, and truth behind slavery, as well as the fact that it is told from a white perspective. Experts believe that understanding Black history and learning more about systematic racism is essential (USA.Today). The United States has more recently experienced quite a bit of activism in regards to Black Lives Matter. Black Lives Matter has been prominent for decades but has been in the spotlight and making an effect since the death of George Floyd, making it clear that systematic racism is present in our country, as well as police departments.

As an individuals and as a country, we must come together and recognize the importance of Black History Month, as the lasting affects of slavery have contributed to systematic racism and division. While doing this it is important to have respect with your intentions and acknowledge the true meaning behind Black History Month.

Zoe Barkhurst is a Senior at Boise High. This is her third year on the Boise Highlights team. Through Boise Highlights she has advanced her writing and developed a passion for journalism; As well as hoping to pursue a career in journalism in the future. She is fond of film photography, and is inspired by Andy Warhol. She also enjoys music more than anything, you will never see her without a pair of headphones. She plays the acoustic guitar and piano and hopes to learn how to play the bass soon. She also loves being outdoors doing things such as skiing, rafting,swimming and hiking.