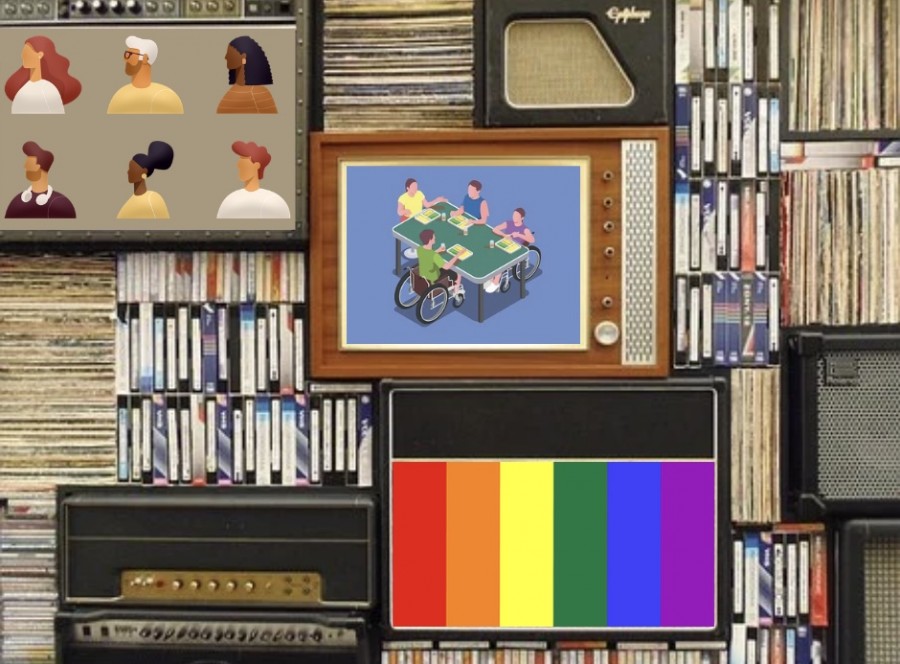 When a young child watches their favorite movie or TV show, seeing characters that look like them is extremely impactful. That moment of representation goes a long way for children’s self esteem.

For many people, seeing a cast that looks like them is not something to marvel at, but for others, it can be a miracle.

Many minority children know the feeling of disappointment that follows the release of another movie with a primarily white cast. Though the actors themselves may be talented, the lack of diversity is disheartening.

Diversity and representation in media play a critical role in the development of children. When children watch movies or shows without aspects of their identity — race, gender, etc. — it can impact their self-esteem.

These unrealistic expectations that are placed on children at such a young age are detrimental. Children are now left to deal with the psychological damage of these standards, feeling unable to fulfill expectations and unsatisfied with themselves. Additionally, the lack of representation and negative representation can and will lead young children to feel invisible.

Junior Raksha Kumar has felt the implications of the lack of representation growing up. “I think it’s extremely important to show diversity to younger people because when you learn about how important and impactful diversity is at a young age, it sticks with you,” she said.

“The lack of representation has impacted me so much. Growing up I was surrounded by White people and used to having only White people in my shows or toys,” she continued. Many shows and movies try to be more inclusive, but in this way they incorporate a white savior complex, which make it a conflict for the POC community.”

When society starts to adapt to new social values, people get scared of the change that is to come. With movies casting more non-White actors, there is often more backlash.

Disney’s “The Little Mermaid” is a perfect example; when Disney announced that Black actress and R&B singer Halle Bailey was to be cast as Ariel in the live action remake of “The Little Mermaid,” Twitter filled with the #NotMyAriel.

This backlash and anger stemmed from the claim that a Black Ariel would “taint” childhood memories. However, this is just an emotional response to the changing world. When the things around people change, it is almost instinctive to find the negative and place the blame on something. Claiming that a more diverse cast will taint the original memory of a story is simply a form of resistance to emerging — and necessary — social changes.

There is value in changing the casting of “The Little Mermaid” to be more inclusive, as well as actively working towards increasing diversity in all entertainment. The impact of under representation is that children will begin to grow up with implicit bias and feelings of inferiority.

When children are surrounded by bigotry at such a young age, they quickly latch onto it, making it their own beliefs. Even children who are a part of a minority group might adopt values that make them question their own validity and existence in society, feeling inferior to people who fit the norm.

Now, there are generations of people, including young children, who have connected their role models to whiteness. Young children of color who watch Disney princess movies are stuck connecting positive qualities with princesses who rarely look like them. This is harmful for them as they grow up with this type of disconnect.

A movie that has been a topic of discussion recently is Rodgers and Hammerstein’s “Cinderella,” which was released on Disney Plus on February 12, 2021. In this famous adaptation of the folktale of Cinderella, the cast is much more diverse compared to other entertainment at the time in 1997. This movie left a huge cultural impact on society, both in 1977 and today.

Senior Corea Conner explained her reaction towards the release of the film on the streaming platform. “When I saw the movie on Disney Plus, I was beyond joyful because it was a movie that I watched when I was a little kid. But, considering that this is no new movie, it is just another example of the world being cut off from Black representation,” Conner said.

“It is so important not only for POC [people of color] to have people to look up to in the film industry, but also so every culture and race is exposed to different ones from their own. The film industry is very influential, and growing up with only one culture and point of view is not healthy for our society,” she continued.

The issues that arise with the lack of representation are more detrimental than many would think. Underrepresentation leads to feelings of invisibility; the psychological toll that that has on children follows them as they grow up. Continually seeing characters on screen that do not represent one’s identity causes people to feel inferior to the identities that are often represented: White, abled, thin, straight, etc.

This can lead to internalized bigotry such as internalized racism, internalized sexism or internalized homophobia. Because of one’s identity — whether it be their race, sexuality, gender or anything else — one might deal with oppression. When an individual begins to accept these oppressive beliefs, they are internalizing their oppression.

One might even begin to believe that their identity traits are undesirable or not enough. This type of self-loathing does not only impact how one views themself, but also how they view others who share similar traits as them. Thus, despite this oppression being internalized by one individual, it can impact a whole community. Though one can recognize this as they grow older and make an effort to work against it, it will be difficult to start such a significant mindset change.

Conner further discussed her own struggle with internalized oppression growing up. “I, as a Black woman, have learned that being White is not everything beautiful in the world. But it wasn’t always that way; I grew up thinking if you are White, you are more attractive and smarter,” she remarked.

She explained that princesses like Belle, Cinderella and Snow White all exhibited qualities of intelligence and beauty, while the only Black Disney princess was not fully represented. “Even now, Tiana from ‘Princess and the Frog.’ She was a frog for most of the movie. I feel a dirty game is truly being played,” Conner expressed.

Underrepresentation is an often overlooked issue, but it is also a pressing one. As the entertainment industry continues to make strides towards inclusivity, it is important to understand the impact it will have. Furthermore, it is crucial to continue to question casting decisions to ensure that the impact will be positive. Instead of criticizing increased diversity in the media, it is time to take into consideration the influence representation has and use that to positively impact the youth.

Senior Muskan Basnet is a Copy Editor for The Spartan Shield this semester. Outside of the The Shield, Muskan spends her time working at Dunn Brothers Coffee and participating in her extracurriculars. She is the co-president of human rights club Girls Learn International and a representative of Spartan Assembly. Muskan loves to hang out with friends, many of which are involved in the same activities she is. However, she is still very focused on her education. Some of her favorite classes, aside from Honors Journalism, are AP Physics 2 and AP Calculus. Muskan plans to attend University of Iowa to pursue her interest in engineering. Being a member of The Shield staff has been one of Muskan’s favorite parts about school, and she cannot wait to work on it more.

Celebrating the Many Contributions of Asian Americans