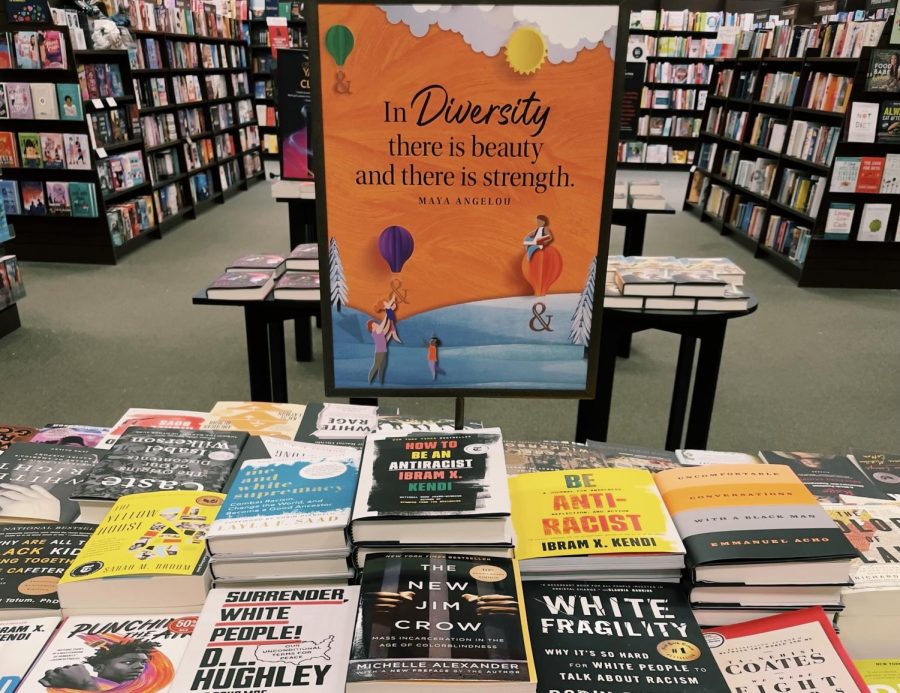 With February being Black History Month, educating yourself and honoring Black creators through the books you read is a priority. Having diversity in the books we read is one of the first steps to being more aware of our thoughts and becoming more inclusive.

Even if you think that you are already inclusive, it doesn’t hurt to read more and learn more. In this list, there is a book for everyone with a mix of YA and adult books ranging from realistic fiction all the way to fantasy. The books included in this list are just a start out of the many books by Black authors and I encourage you to check those out as well.

This book has great Black representation, as it follows a Black teenage girl’s journey through a predominantly white residential summer program and as she discovers that she is Legendborn. It incorporates magical elements and is a twist on the legend of Arthurian Legends.

Why you should read it: This book is for the people that enjoy fantastical elements more than realistic fiction, in the form of a book that also tackles racism.

2. All American Boys by Jason Reynolds and Brendan Kiely (YA Realistic Fiction)

All American Boys is about a Black high schooler, Rashad, who gets beaten badly by a cop and the bystander, Quinn. When the video of the beating goes public, however, the story is no longer just about the two, and people begin to take sides. The question that Quinn struggles with is what side he should be on, the side of the police officer, his father figure, or Rashad, the boy who doesn’t show up to class after the beating.

Why you should read it: All American Boys is a powerful book that explores how bystanders must choose one side or the other and how people let their biases cloud their judgment.

3.On the Come up by Angie Thomas (YA Realistic Fiction)

On The Come Up is a book that follows the journey of a sixteen-year-old rapper, hoping to make it big, and fill the shoes of her late father, after he is killed preemptively by gang violence. When Bri’s first song goes viral, it seems like she is on that path, but the song goes viral for the wrong reasons, and Bri finds herself in the middle of an unfairly portrayed media controversy.

Why you should read it: Though the main focus is on the severe racism in the eyes of the media that Bri experiences, I also think that it highlights the Black joy that she feels and the pride that she has in her identity.

4.Children of Blood and Bone by Tomi Adeyemi (YA Fantasy)

Children of Blood and Bone is a book about a girl who was born with magic as were other maji, but that magic disappeared, leaving Zélie, the main character, with nothing. It is a book for people that enjoy fantasy and magic more than realistic fiction. It incorporates just the right amount of magic and delves into oppression and slavery.

Why you should read it: On the surface level, this book sounds like every other fantasy book that you have read, but the author really draws on the oppressive forces of slavery and despair to craft this story.

Dear Martin tells the story of a young Black man, Justyce, who is bound for Ivy league… Until it seems like he isn’t going to be due to a misunderstanding with the police including loud music and a trigger-happy cop. Shots are fired and Justyce comes to the forefront of media attention- and not in a good way. Justice turns to the teachings of Martin Luther King and starts a journal to see if they still hold up.

Why you should read it: We have all at some point allowed the media to twist the way we think, but in the case of race, it is never just to allow it to portray others as bad or wrong when they don’t have the full story. This book will (hopefully) influence you to think for yourself and look at the bigger perspective.

6.The Black Kids by Christina Hammonds Reed (YA Historical Fiction)

A book that is told during 1992, from the perspective of a daughter in LA from a “model Black family” who is faced with the decision of whether or not to take a stand following the Rodney King trial.

Why you should read it: This book is another one that discusses the choices of bystanders and it addresses heavier topics with unflinching honesty.

7.The Vanishing Half by Brit Bennett (Adult Realistic Fiction)

A story of two Black twin sisters, who both are in different walks of life yet whose fates are intertwined, and question what will happen in the future when their daughter’s storylines intersect.

Why you should read it: In this story, the characters themselves struggle with a lot of internalized racism that they must fight in order to combat external racism as well.

8.The Hate U Give by Angie Thomas (YA Realistic fiction)

The Hate U Give details the double life that the main character, Starr must lead as she switches between her home life and school life, and watch it shatter as she witnesses the shooting of her childhood best friend.

Why you should read it: The Hate U Give is an extremely popular book, and it has even been made into a movie- and rightly so because it discusses topics that are extremely important, and is connected to real-world events such as George Floyd, who also suffered due to police brutality.

Homegoing follows the story of two half-sisters in the 18th century, in Ghana: One sister ends up marrying an Englishman, the other is a slave in the same castle where the first sister lives a lavish life. This book goes through their stories as well as their ancestors, all the way up until the present day.

Why you should read it: This book is a gripping tale of living as a Black throughout the ages, from slavery, to the present day, from Ghana to America. The author pairs rich characters with an emotional storyline and covers lots of history in a short book.

A Blade So Black follows Alice, a high school girl trained to fight off Nightmares, dark mystical creatures from Wonderland who feed off of sadness, and what she does when the Nightmare population that has infiltrated the Real World gets out of control. This book is a retelling of Alice in Wonderland and has Black representation.

Why you should read it: Though being Black is not the main point of this book, as I was reading it, I still felt like Alice’s race significantly impacted her and the reason why she chose the path of fighting the Nightmares.

Diverse culture does not equate to diverse ideas

Stereotypes of men that feminism strives to diminish