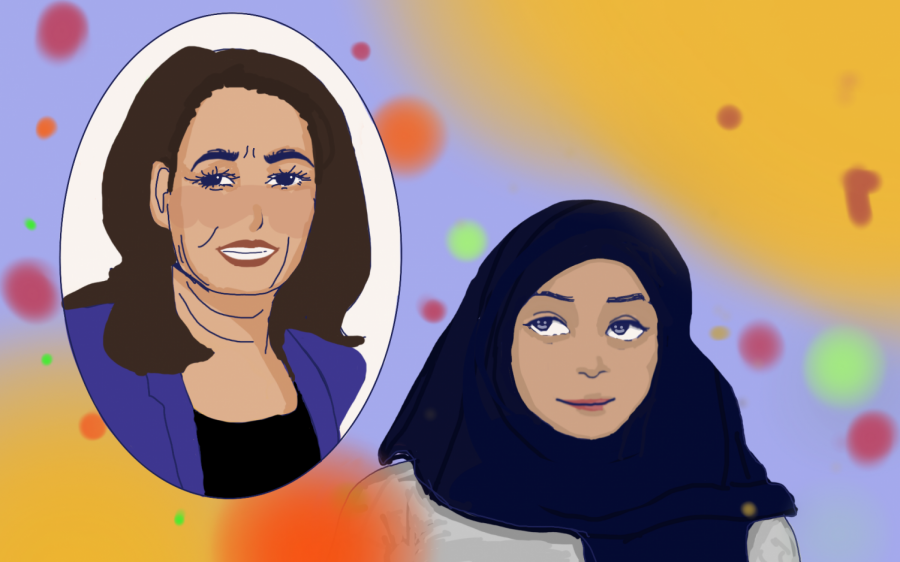 In 1789,  John Adams became America’s first vice president after receiving the second-most Electoral College votes after George Washington. In the 47 more vice presidents to come, regardless of the party changes, progressive movements, protests and even war times, all candidates who managed to secure a place in office shared the same characteristics: white and male.

As a Southeast Asian girl, having a person who looks like me in such a high position of power is a monumental win to say the least. Her success presents the opportunity to increase diversity for people of color [POC] and ethnic minorities in politics and demonstrates our potential in the political field.

Out of 534 Congress members, according to a Jan. 6 Quartz article, 61 identify as African American, 46 as Hispanic American, 17 as Asian American, five as Native Americans and one as Pacific Islander. Hispanics and Asians have the largest disparity in representatives compared to population, with 9.9% and 2.7% respectively.

Minorities like these, including people of mixed race, make up 42.1% of America, according to the United States Census Bureau. A clear disparity lies in the difference between the percentage of POC in America’s population and the percentage we have in office.

An even larger difference lies with women in Congress making up only 27% of the seats compared to 50.8% of America’s population.

Diversity in our government opens a series of discussions and solutions that may not have been brought up with a homogeneous group of people. Those who have only seen racism as a bystander can only empathize with it; discussions with people who have first-hand experience is crucial to install the right laws and bills necessary to better Black and brown neighborhoods, which, according to the Center for American Progress, have significant disparities “in terms of access to homeownership, quality education and employment, among other assets.”

Having members of their own community represent them can also give POC assurance that their representatives will bring up issues important to them such as police brutality, abortion and minimum wage.

For women of color like me who strive for a position in politics, having someone like us already in the field is a huge reassurance. A field dominated by white men turns women and POC away under the impression that they don’t stand a chance against their more privileged counterparts.

Even prior to women’s suffrage, Jeannette Pickering Rankin became the first woman ever elected to Congress in 1916 representing Montana. No law prevents women from running for office, yet the vast majority of major politicians are men.

Striving for a seat at a male-dominated table seems terrifying or intimidating, even more so for women of color who lack role models to admire.

Barack Obama’s presidency from 2009-2016 brought a major victory for POC, especially the Black community. President Obama proved to Americans that a Black man raised by a single mother could hold the most important seat in the United States. Hillary Clinton’s near win for presidency in the 2016 election gave a glimpse of what the future could have in store.

Regardless, Obama is a man and Clinton is a white woman. I could not connect with either of them fully, considering they each lacked a factor I have, hence why Harris’s win became so personal for me and other women of color.

A leader who looks like me and has likely faced the struggles I have builds a sense of understanding and pride. It’s already rare to see women in high legislative positions of power, even more so for women of color. Harris shares both my gender and race so for her to occupy one of the highest offices in the country motivates me to pursue a position in politics that seemed unachievable no matter how hard I work.

Whether from a differentiating party or not, diversity should always be celebrated. In high positions of power where decisions determine the fate of everyday Americans, a person of color who understands the struggle of fellow POC regardless of party affiliation demonstrates a step in the right direction in giving minorities a larger voice.

My volunteer work with the California Democratic party directly exposed me to the lack of women in the political field. Arguably one of the most liberal states, California tends to be known for its diversity and cultural variety, yet the majority of politicians the party campaigned for were men such as Democrats Josh Newman, Andrew Rodriguez and Gil Cisneros.

Thanks to our Vice President-elect Kamala Harris, I can seek out a befitting role model. I can confidently chase after the future I want, something I never thought I’d be able to do.

She pledged to eliminate private prisons and mandatory minimum sentences as a way to combat  high incarceration rates in Black and brown neighborhoods. Criminalizing and persecuting social problems marginalized people in poverty-stricken neighborhoods experience traps them in an endless cycle of impoverishment. By combating this issue, healthier and well-educated communities can form in order to keep more POC out of the prison system.

In addition, a proposal adopted by Vermont Sen. Bernie Sanders will allow families with income below $125,000 to receive free public college and university schooling. This plan will allow students and adults who could not previously pursue a higher education from a lack of financial means an opportunity to fulfil their goals, benefiting roughly 8 out of 10 families. An educated population can help contribute to a more productive workforce, causing an increase in economic development and a fall in the unemployment rate.

I can envision a clearer path for me and other women of color in one of the most competitive disciplines out there. I hope that our future holds a more diverse and inclusive government so that people of all backgrounds can seek out a country they’re proud of.

After her first year writing for The Accolade, senior Rida Zar continues her work on staff as the opinion editor. When not writing articles, she involves herself in clubs like the Junior State of America where she upholds her position as senator. With a love for traveling, Zar hopes to see many beautiful sceneries in the years to come. In her free time, Zar enjoys going on walks and playing with her cat Theo.