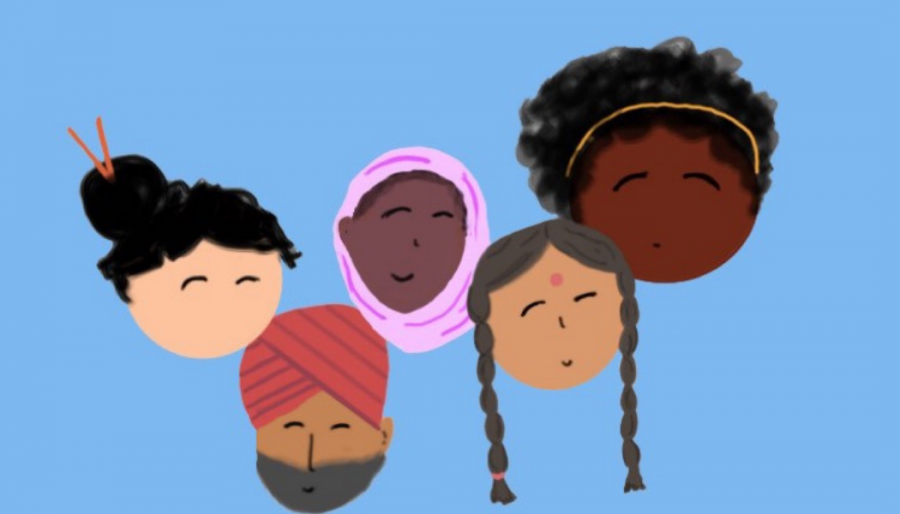 I drummed my fingers against the desk, anxiety coursing through my veins. My eyes glazed over the information I needed to fill out, and I paused at the race section. I read over the options in my head, and I stopped at the “Asian, including Filipino” bubble. I pondered over whether I should bubble in “Mixed” as my race as I am also of European descent. If I scored average on the test, it wouldn’t be considered “average” for an Asian American student. Universities would undermine my efforts all because of how I appear on the outside––my narrow eyes, my tan skin, my wide nose––I need to accomplish more to get into a school than other applicants.

But how did we as a society get here in the first place? In 1961, President John F. Kennedy coined the phrase “affirmative action” to combat inequality and discrimination of the time. In 1964, President Lyndon B. Johnson signed the Civil Rights Act of 1964 and pushed for the practice of affirmative action to ensure the equality of all American citizens. Over the years, the programs were a noble effort to help bring voices to those the system would have silenced because of the color of their skin. However, in 2020, affirmative action is an outdated practice that many colleges and universities still enforce today.

But how do colleges and universities use affirmative action? To boil it down, college admissions take into account the applicants’ race, ethnicity, religion, gender, or sexual orientation in the selection process and grant preference to those who belong in groups that the United States historically discriminated against.

However, instead of supporting and building up marginalized communities, it makes race a determining factor of whether or not an applicant gets into the college. And there’s one minority group that receives the worst end of it all: the Asian community.

Additionally, in a 1990 investigation on Harvard admissions, it revealed concerning excerpts on comments made on Asian American applications.

One comment read: “Scores and application seem so typical of other Asian applications I’ve read: extraordinarily gifted in math with the opposite extreme in English.”

Furthermore, the lawsuit also revealed that Harvard rated Asian American applicants lower than other ethnicities on personality traits such as “positive” and “widely respected”. This is according to the analysis of more than 160,000 student records.

Fitzsimmons claimed that they do this to “break the cycle” of minorities being underrepresented in Ivy League schools. Because of this, Asian Americans are no longer considered as “people of color” (POC) in the U.S. because they seem to thrive in school systems throughout the country. In fact, in 2016, the average Asian household received the highest income compared to the other racial groups in America.

Another example of this took place within the North Thurston Public School System in Washington. They recently grouped together White American and Asian American students and listed the other racial groups as “students of color” in their latest equity report. The school system defended themselves, stressing that “it shows that currently our Asian and White students are showing continuous growth while our system is not meeting the instructional needs of our Black, Indigenous, Multi-racial, Pacific Islander and Latinx students.”

In spite of all this, many people still support the idea of affirmative action because they believe that the programs will diversify schools and represent the underrepresented communities.

The effects of “Mismatch”

But does affirmative action really benefit minority students? “Mismatch” is the term used to describe when a student is over or underqualified for the university they are accepted into. And because of affirmative action, many minorities find themselves at universities they are unprepared for because of schools’ low standards for minority students. In 2019, 30.6% of Black American students dropped out of a four-year institution. The dropout rate was 21.4% for Hispanic students, 17.6% for White American students, and 10.4% for Asian American students. In Ivy League schools, the dropout trends among the racial groups remained the same. Although there are many other factors that contribute to these statistics, Mismatch is one of the main reasons why the minority dropout rate is so high. In fact, once California passed Proposition 209, the overall UC graduation rates increased by 4%. This means that students were able to complete college in schools based on their merit rather than their ethnic backgrounds.

Granting students admission into schools based on the color of their skin, ethnicity, or gender is unrealistic in 2020. In order to combat the oppression of the 1960s, affirmative action was necessary, if not crucial. But as the upper-middle-class consists of 2.5 million Black American men, it’s impossible to directly correlate income to a racial group. The same thing applies to Asian American income too as 11.1% of Asian Americans live at the poverty level. If anything, affirmative action should focus on the socioeconomic status of students, which is a more accurate representation of students who have fewer opportunities because of their low-income households. Not everyone can afford after-school programs and SAT prep classes, and it is imperative to take that into consideration when looking at standardized test scores. However, looking solely at the race of the student and making generic assumptions because of their skin color is not a beneficial form of measurement.

Maggie Craig is currently a junior at SFHS and is the Associate Editor for The Bird Feed. If she isn’t writing stories, you will find her jamming out on her guitar or ukulele. She is a performer at heart and is a member of the voice company at RISPA. Maggie loves musicals such as Waitress and Miss Saigon. In her spare time, she binge-watches anime and plays on her Nintendo Switch. Never hesitate to approach her and say hello because she loves meeting new people. You can contact her through her email @Sophiamargarettecraig@gmail.com or through her Twitter @Smrcraig108.

Five Words We Should Understand in 2019