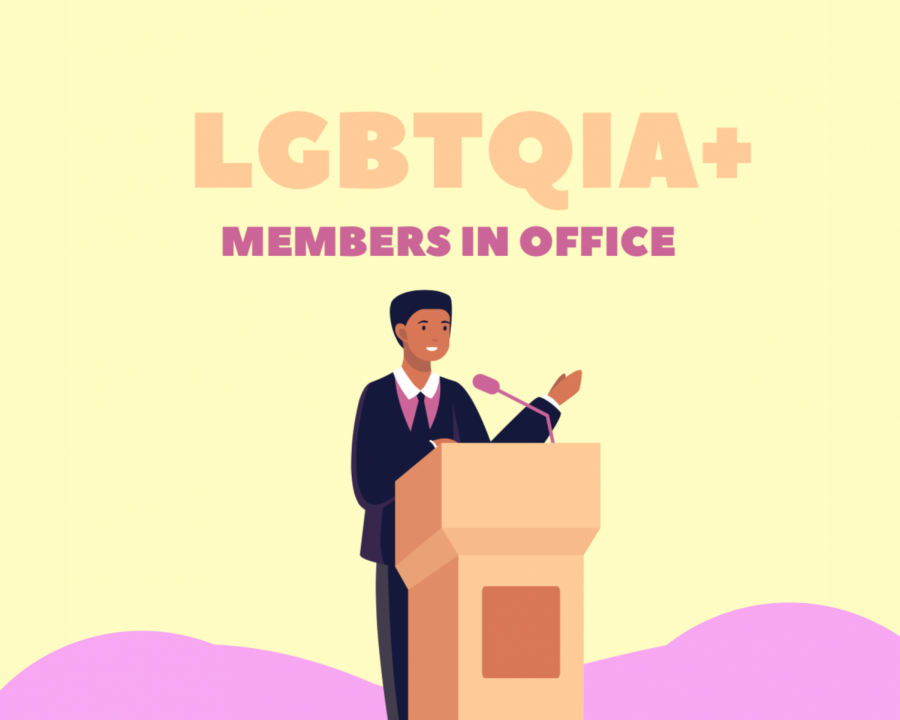 It has been a few weeks since Biden was announced the next president of the United States, but the presidential election wasn’t the only thing that made history. Many members of the LGBTQ+ community were elected into positions of power. According to The Conversation,  only .17% of elected officials are LGBTQ+ which is much lower than the estimated 4.5% of people in the country who identify as LGBTQ+. The newly elected LGBTQ+ officials represent a trend that we are seeing across the world, and that is the election of both younger politicians and politicians that represent the country more diversely.

Democrat Adrian Tam was elected to serve as Hawaii’s only gay State Representative. Tam defeated his Republican opponent Nicholas Ochs. Some of Tam’s policies include making the education system better for teachers, supporting the public’s safety and increasing the investments in public hospitals so they are updated with all the tools they need.

Democrat Mauree Turner is the first Muslim in the Oklahoma Legislature and the first nonbinary legislator in America. Turner defeated Republican Kelly Barlean in the election. Some of Turner’s policies include fighting for real justice reform, helping the education system and raising the minimum wage in Oklahoma.

Taylor Small (Democrat and Progressive) was elected to be Vermont’s first transgender person in the State Legislature. She will represent Chittenden 6-7 District of Winooski and Burlington and will work alongside Democrat Hal Colston. Some of Small’s policies include making Affordable Healthcare more affordable, reforming Law Enforcement and protecting the planet.

Democrat Stephanie Byers is the first-ever transgender Native American woman to serve as a member of Kansas’ House of Representatives. Byers defeated Republican Cyndi Howerton in the election. Some of Byer’s policies include funding the education system, expanding Medicare and ending discrimination.

Why is this important?

According to CNBC, 8 in 10 people are white in the 116th Congress. This means that 80% of the 116th Congress is made up of white people. While this is the most diverse Congress we’ve had since 1930, it is still predominantly white, with little LGBTQ+ representation.

After the 2020 election, we have seen more people in the LGBTQ+ community elected to represent their state, some the first in their state’s government.

The more representation of the LGBTQ+ community will impact the country in a positive way; the more diversity in power, the more represented all Americans will feel. It is important to protect the fundamental rights of everyone regardless of race, gender and sexual orientation, and having more minorities in office who can fight to protect these rights is a good place to start.

Ofelia Mattingly is the Photo Director on Manual RedEye this year. She spends her time reading many books she has in her house, rubbing her dog’s ears and learning how to box. You can contact her at ofelia.mattingly@manualjc.com.