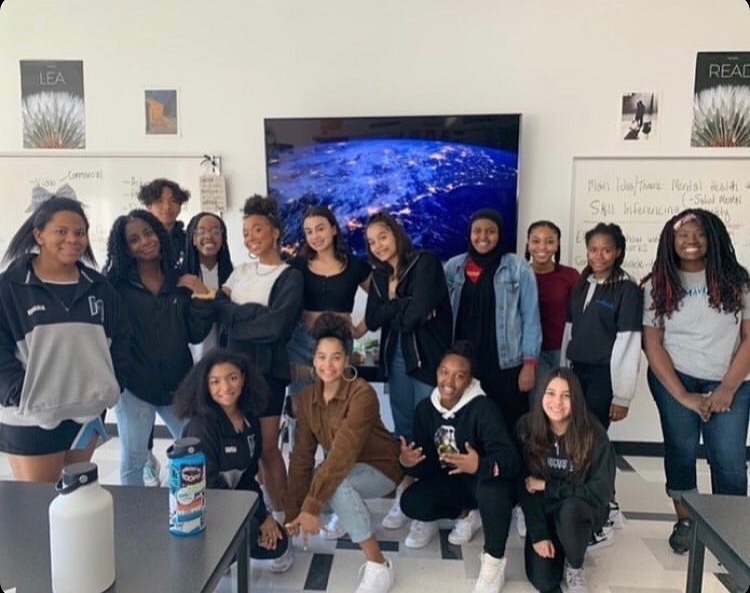 I was going to start this article off with “in light of recent events,” but it is much more fitting to acknowledge that this is not new. The reaction and response may be new and profound, but the spark and the injustice that transpired is anything but new. Across the world, and especially in America, there is racial inequality and sadly the same thing applies locally. Even with the young and novel existence Mountainside has, there is racial inequality and injustice. That was reflected and expressed in the first collaborative articlewith the Black Student Union back in February. This follow-up is meant to provide an additional resource for a greater and more compassionate understanding of current events and their relation to the school.

Unlike the first interview, I was unable to meet with the Black Student Union in-person, but even through email the passionate message persisted, Mountainside needs Change. However, that can’t happen without first being supportive listeners. Currently the Black Student Union members describe themselves as feeling “Emotionally tired, sad, and angry” about the current situation.

I wondered to myself, What does it look like to be a supportive listener? The Black Student Union concisely answered that non-POC should “Educate themselves, fix issues in their communities, call out racist behavior, donate money, amplify black voices, and listen to the black community.” Simply put, “The more people fighting the battle it makes it easier to win, people can use their privilege to help.” In context, “Students can speak up when they see racism in our school instead of always leaving it up to the kids of color.”

It increasingly seems that more and more people are joining the fight against racism. We see it on social media, on the news, and in our own neighborhoods. When asked if public opinion has really changed or if there is simply more coverage, the Black Student Union responded “Yes and no, there has been a lot of public attention and some people have had a change in opinion but there are still people against the cause. It is also seen as a trend when it is not, sometimes it is hard to tell if people’s support is genuine or not.” That is another key step in becoming an ally in the battle against racism, be genuine.

One social media war being waged is that over the leaked screenshots and videos of people saying racial slurs or using other offensive language. Some people claim this is unfair because the students are “still so young.” However, the Black Student Union brings up that “It is good that they are getting posted so people can see the mindset of some students and how it affects our school as a whole. Along with that the students who make the racist remarks can be educated on why it is not okay and hopefully change.” If we don’t know the issues, how can we fix them? These screenshots and leaks serve as a culture check for the school as well as to see how others react and tolerate this language.

The goal for the movement as defined by the Black Student Union is to “reform the police and the justice system.” While this may not seem directly applicable to the school, it is. For one, school resource officers and their authority has quickly become a matter of attention in all schools. Additionally, the representation of the injustice of the justice system in history courses. At first I was naive and asked “what event could Mountainside host to help with this issue?” Clearly there needs to be more than an event to disrupt some of the tainted culture at Mountainside. Various members of the Black Student Union thoughtfully replied with “Call out the behavior amongst students and teachers, address it when it occurs and report. The Voices assembly is a good event that could help. There is also the need for more cultural representation in classes and the history of POC needs to be taught. This includes specifically teaching Oregon’s history. Showing successful black people who have careers outside of sports and entertainment. Have the school do something during black history month.  This could mean having a culture fair and/or history fair.”

If you really want to become part of the change at Mountainside, the best way to reach out is by Instagram or email. The club president’s email is 380056@bsd48.org and rebeccafries@gmail.com. All are welcome to educate themselves on new perspectives as well as join in the discussion of their experiences at the school. Additionally follow their Instagram page @mountainside.bsu. There are also plenty of helpful resources under #blacklivesmatter. As of July 2nd, Mountainside has also included a list of resources that are self-described as “a start that will help lead to productive discussions and hopeful change.”

Dylan Brehm is a Junior who writes for the Op-Ed section of the Peak. He runs Cross Country as well as participates in Jesus Pizza. He enjoys chasing his dog, Topaz, around the yard when he’s not watching the Trailblazers or Patriots. Dylan also enjoys writing short stories and discussing if Frozen II is the best Murder-Mystery film of our time.

Are Things Being Canceled or Just Rebranded?

Who Are We? An Inside Look on Diversity