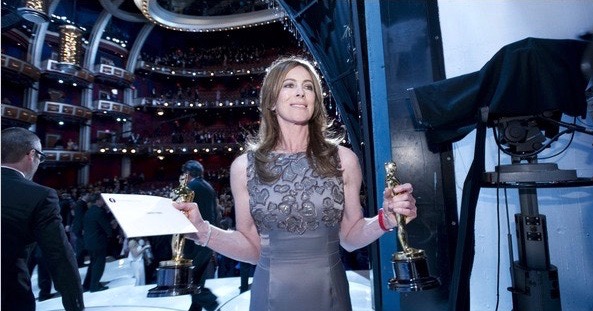 On Monday, Jan. 13, the Oscars released their nominations in the categories for the upcoming Academy Awards, on Feb. 9. Over the years, the Oscars have come under fire for their lack of diversity in the nominations and the lack of women in certain categories. This year was no different.

The category that receives the most attention for the lack of diversity in the nominations and the lack of women in certain categories is the Best Director Category. “In the Academy Awards’ 92-year history, only five women have ever been nominated for Best Director, and only one — Kathryn Bigelow — has ever won,” wrote a Time Magazine article on the subject. Sadly, it isn’t a lack of female-directed movies that seems to be the problem. The Time article went on to name 8 female-directed movies that were surrounded bt talk of Oscar nominations. Some of the top contenders were Greta Gerwig’s Little Women, Lulu Wang’s The Farewell, Lorene Scafaria’s Hustlers, and Marielle Heller’s A Beautiful Day in the Neighborhood.

People thought Greta Gerwig’s Little Women was sure to be nominated for best director. The movie ended up getting six nominations overall, one of which was for Best Adapted Screenplay. Gerwig wrote the adapted screenplay but received no recognition for her directing. The movie was also nominated for Best Picture.

Film Studies student Sophia Whipp ‘20, thinks that the system the Academy uses for voting doesn’t leave much room for change. “The academy needs to adjust either how they vote for nominations or how they choose who is in the academy because their current system doesn’t allow for diversity. Only people in the academy can vote and only people in the related branch can vote for the nominations, directors can only vote for best director, so I think that makes it difficult to make the nominations more diverse,” said Whipp. However the system works, the Academy needs to find a way to fix it, as the number of viewers has fallen significantly in the past ten years.

Mary Martin ‘20 was particularly bothered by the lack of representation in this year’s nominations. “I think it is representative of a climate that still heavily favors men, especially in positions of leadership in power. Over the last few years, there have been movements like the #metoo movement that shed light on the prevalent issues of sexism in the workplace, and in the entertainment industry especially. The lack of recognition for women and their talent is telling of how the establishments wish to maintain and perpetuate this inequality,” said Martin.

People all over are upset by the outcomes of many of this year’s nominations. It seems like the Oscars still haven’t found a way to change the status quo. Whether viewership will fall this year, like in the past, only time will tell. In another year we will hope once again to see a change in nominees.

Abi Blasi ‘20 is new to the CavChron staff as Sports Editor. Outside of CavChron she is the captain of the field hockey team and a member of the varsity softball team. She is also going to be a member of the yearbook staff for the second year in a row. In the future she hopes to be successful, but currently has no idea how she is going to do that.

Black Athletes Feel Sting of Racism at the Olympics