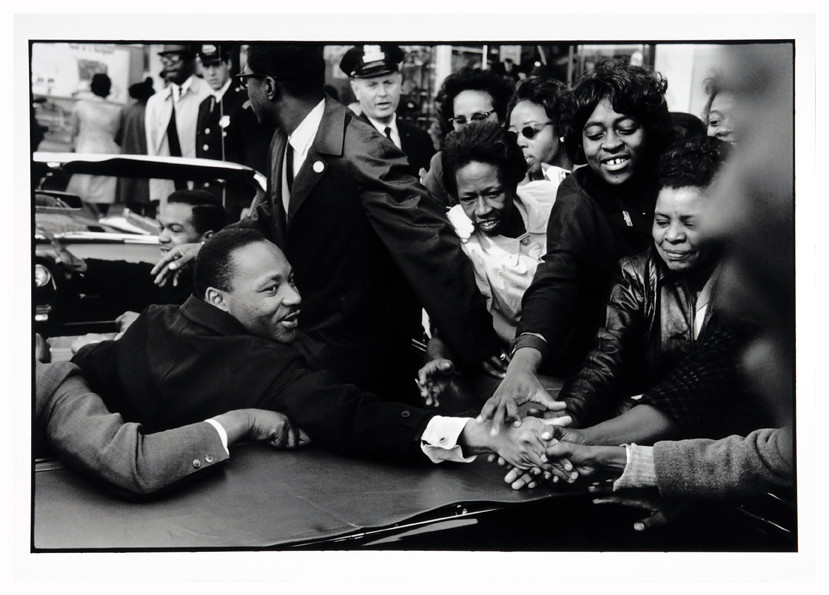 Everyone knows of Martin Luther King Jr. Day, which is on January 20th. In the past year, Liberty High School has taken a single day to celebrate King. This year, the school distributing the celebration through the whole month of January.

“The National Holiday is reserved in January because this was the month Dr. King was born,” said Stacey Strief, a social studies teacher. “The day has come to symbolize a day of reflection and remembrance of the Civil Rights hero and a day to recognize service.”

MLK Focus Month is a celebration of not just the life King led but the message he fought for.

“The Mission of our MLK Focus Month is to provide opportunities for students to connect directly with the Iowa City Community School District missions of cultural inclusion, cultural understanding, and diversity,” said Melissa Nies, a social studies teacher and a member of the organizational team of MLK Month.

Rather than having just a day to hear speakers, students this year had the opportunity to listen to speakers every Tuesday and Wednesday during Liberty Time throughout January and February.

“In the past, we have invited speakers into work with students for a single day which celebrated the legacy and mission of Martin Luther King Jr.,” said Nies. “On that day, most students had one or two opportunities to connect with the mission. When we surveyed students at the end of both last year and the year before, many requested expanded opportunities to work with and hear from community members. This year, in response to this feedback, we expanded the mission to the entire month of January.”

Additionally, a full-school assembly was planned for Friday, January 24th, to hear guest speaker Joshua V. Barr, the Director of Civil and Human Rights Commission in Des Moines, IA. However, the school day was canceled due to snow.

Martin Luther King Jr. was born on January 15, 1929. He was a minister at Ebenezer Baptist Church and a social activist, leading the Civil Rights Movement in the ‘50s and ‘60s. He was assassinated on April 4th, 1968 at the Lorraine Motel in Memphis, Tennessee.

“His speech was the keynote event of the March on Washington, a march for jobs and freedom. In his speech, MLK challenged all Americans to stop discriminating on the basis of race, to end racial inequality and to fulfill the promises of democracy in our country,” Strief said.

“I am happy to join with you today in what will go down in history as the greatest demonstration for freedom in the history of our nation,” said King at the beginning of his speech.

The Oscars lack diversity once again