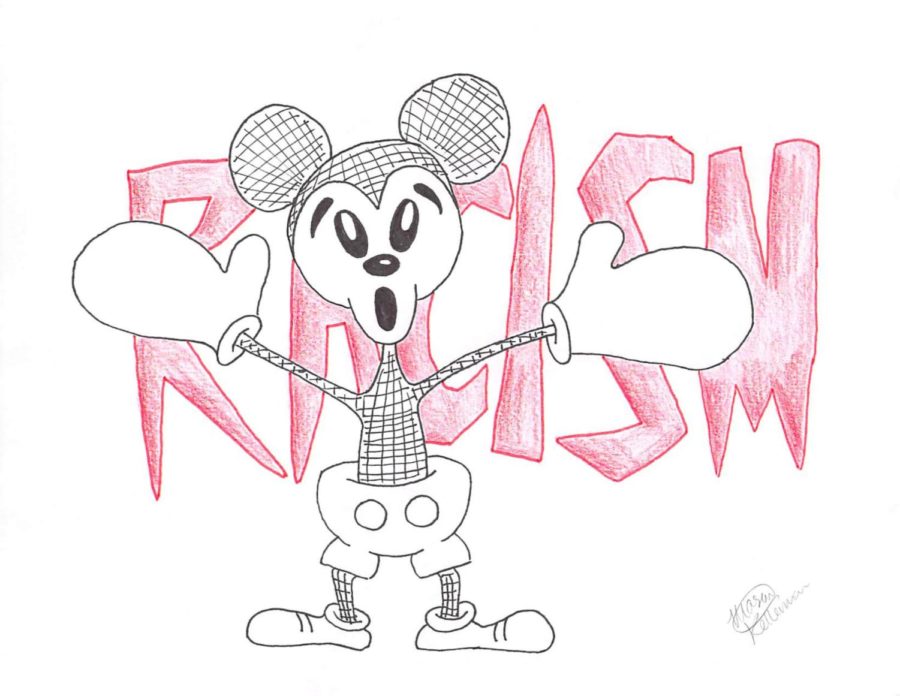 With the recent release of Disney Plus, people have received access to all of the Disney movies, including “The Princess and the Frog,” “Cinderella,” “Mulan,” “Moana” and “Frozen.”

These movies have faced criticism in the past for having racially fueled undertones and scenes that may be interpreted as racially insensitive.

Dumbo and the Jungle book have been criticized for containing racial stereotypes of African American people. There are also perceived stereotypes of Native Americans in Peter Pan.

Anna LaFleur, senior, said she is a big Disney fan and never noticed any stereotyping or racial implications in the movies until she was much older.

LaFleur said she stands by the Disney movies, and that it is important to perceive the movies solely as a form of entertainment, rather than as social commentary.

“Children should be taught that color does not matter. Looks don’t matter. Personality

and heart do,” LaFleur said.

Disney also had a large impact on the childhood of Jordyn Williams, senior. When Williams was in second grade, Disney released the first black princess, Tiana, in The Princess and the Frog.

“It was so interesting to see black culture come alive at such a young age,” Williams said. “

They are basically saying ‘please excuse our racism.’”

Looking back at the earlier Disney movies, Williams said the controversial racial implications are products of their time.

On some older movies on Disney Plus, there is a disclaimer saying the movie “may contain culturally outdated depictions.”

“They are basically saying ‘please excuse our racism’,” Williams said. “They can’t go back and change the movie, so there’s not much they can do.”

Among social media posts, there are comments discussing these disclaimers. The warnings are in the beginning of older movies, like Peter Pan, but not in front of more recent movies, like Pocahontas and Aladdin.

Williams said disclaimers should be added to the newer movies, especially Pocahontas.

“A lot of kids get their first interpretations of Native Americans from Pocahontas,” Williams said.

Williams said the misconceptions in Pocahontas provides a poor way to begin the education about the exploration of America.

Lee Mitchell, librarian, observed changes in Disney movies over the years. Mitchell said a lot of the topics and characterizations have changed, including a more diverse population than in the early years of Disney.

Mitchell said the controversial movies must be understood through the historical context.

“It is very different looking at things now as opposed to back when those movies came out,” Mitchell said.

“Diversity is such a huge thing and I wish we could just look at people as people,” Mitchell said.

Alayna Higdon, senior, is a staff reporter for the Messenger. This year, she will serve as Mock Trial co-president. She also participates in Politics Club, Model United Nations, National Honors Society, Youth and Government, and Philosophy Club. She is President of Jewish Student Union for a second year. Outside of school, Alayna is an active member of her youth group, where she will serve as Regional Vice President of Communications. She is President of Jewish Student Union.

Supporters or sellouts: The rise of LGBTQ sponsorships and implementations