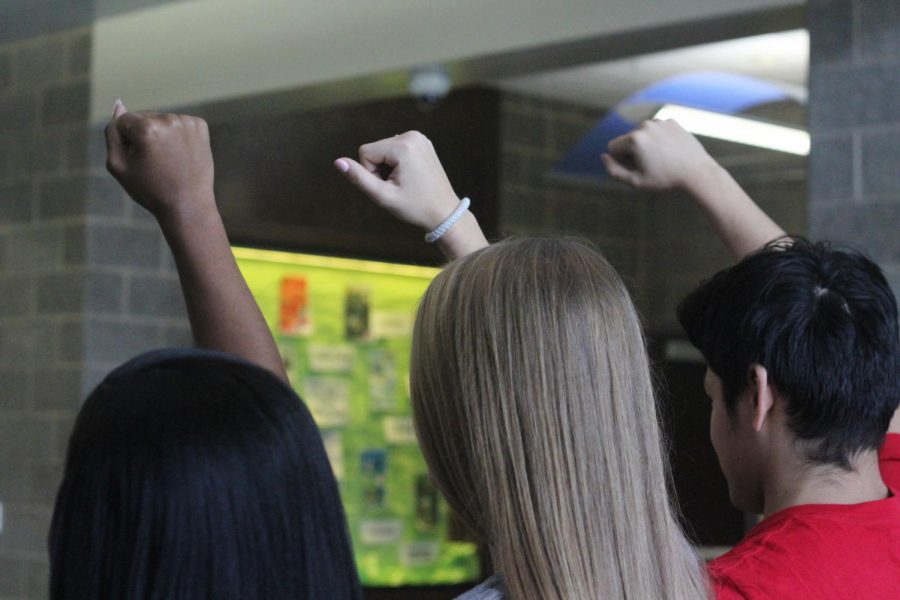 Hollywood’s consistent lack of representation of different cultures, races, and sexualities has largely been ignored until the public decided to shine a light on the subject. From 2015 to 2016, Hollywood held a roster of white actors for all Academy Awards. 2016 also marked the year that the hashtag “#OscarsSoWhite” resurfaced and shined a light on Hollywood’s lack of diversity.

Due to Hollywood’s lack of recognition of different cultures and races in recent years, Oscars viewership has recently been at record lows. It has been noted that the larger the percentage of diversity, the larger the audience and vice versa. Some suspect that the Oscar’s sudden increase in diversity is a result of the negative spotlight that the public has shined on the award show and Hollywood in general.

Sophomore Caroline Pelton is among the part of the public that has noticed the high percentage of white actors and predominantly white movies in the film industry.

“I think that as a country, we are diverse, but when it comes to entertainment, we still lack diversity,” Pelton said.

Hollywood has had a reputation of white-washing, and it did not take the Oscars for people to realize it. For years, Hollywood has consistently cast white actors to play non-white roles.

Sophomore Dylan Ruby is not surprised by the high percentage of white acting nominations and believes that this is a common trend throughout Hollywood.

“There is barely any representation for people of color or anybody else in films,” Ruby said. “I hope that the people in charge are realizing that people of different races can act and do just as well a job as a normal white male actor can.”

Although the numbers are still low, there has been a steady increase in nominations offilms that do not have predominantly white casts. With films such as “Black Panther” and “Roma,” many people believe that Hollywood is attempting to flip the industry and start including more races and cultures in their films.

“Hollywood does discriminate, but I also feel like they are trying to change it because of all the movements that society is starting,” Ruby said.

Bella Herring is a writer for the Prospective Newspaper in Bryant, AR. This is her third year on staff as a writer. In her free time she enjoys biking, baking and running.

The pros of pronouns