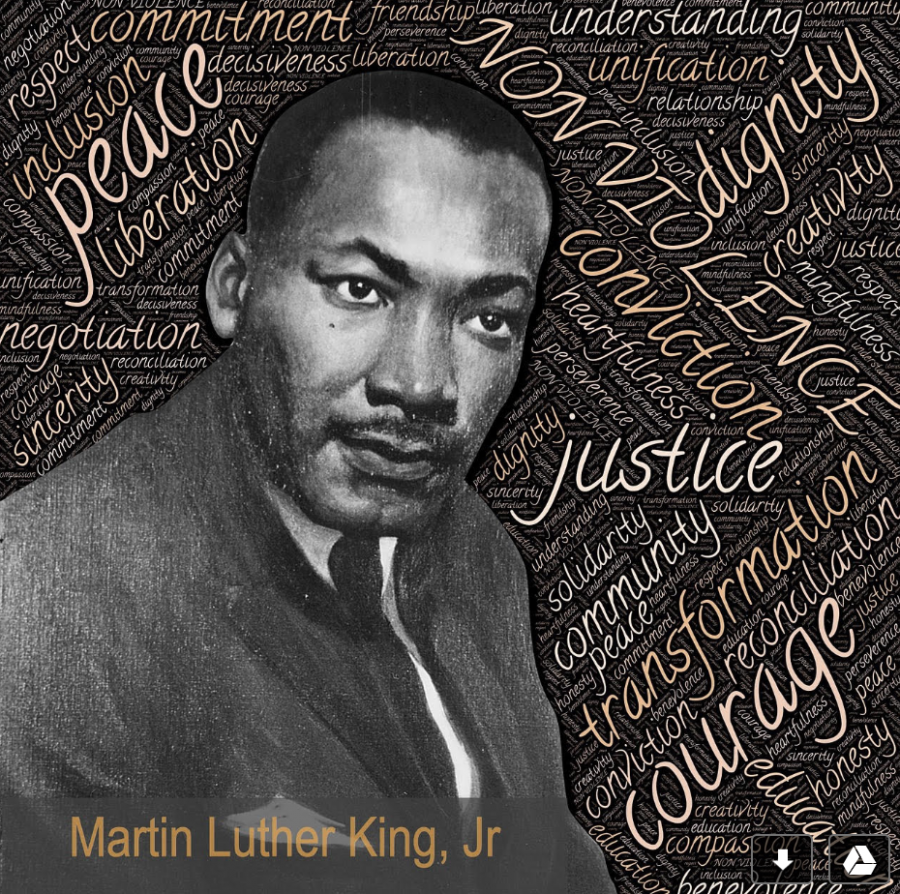 NEWSROOM – Martin Luther King Jr. Day is a federal holiday celebrated each year on the third Monday of January.

Students have the day off on the federal holiday, but the holiday has also been turned into a day of service.  Instead of taking the Monday as a day off, many have turned it to a day on, where they give back to their community.  Notably called the annual Martin Luther King Jr. Day of Service, where people are to volunteer and help take action in solving the problems around them.  Dr. King Jr. was a strong believer of not only freedom but showing how people can live up to their potential to better the world.

Many schools, including independent ones, have a renewed focus on diversity, equity and inclusion.  While ‘social justice’ has arguably (and perhaps unfairly) become almost too political, the concept behind it is equal opportunity and true equity among all people of the U.S.

Many universities have turned the day into a service day, including The University of Connecticut and High Point University in North Carolina, according to their website.  On this day, colleges take part in projects both on and off campus to help those who are impoverished, of special needs, or just to clean up the world around them.

Martin Luther King Jr. Day should not only be a day to give back, but it should also be a break from anger and violence.  In the 21st century, social media and technology have taken the world by storm; however, unfortunately, those platforms can have a negative effect on others through cyberbullying and Twitter “wars.”  The holiday should be seen as a day of celebration of the good that Dr. King contributed to the world to better it, despite all that held him back. Martin Luther King Jr. Day represents peace and action, that should be given back to communities not only on this day of service but year round.

Consider Martin Luther King Jr. Day, not only as a service day, but a day of positivity and making the world a better place for those around you because one action can make a big difference.

If viewing this story in email, please click on the headline above for any graphics/videos/pictures.  The views of the writer do not necessarily represent those of The Stanwich Post.

David-Jared Matthews, a sophomore at Stanwich, is a second-year reporter for The Stanwich Post. He enjoys writing and is excited to pursue journalism and report on different topics around the Stanwich community and in Greenwich. He participates in both arts and sports, and is passionate about learning new skills, especially discovering more about the community, both school and local.

The problem with current LGBTQ+ movies