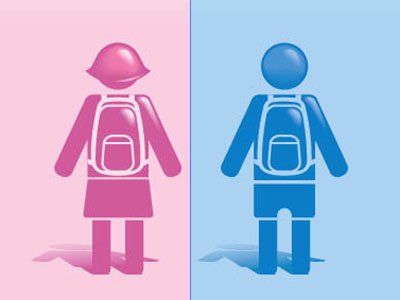 Single-gender schools fail to address the needs of the common student. These schools are built around an isolated culture that sticks to the students long after they leave.
Due to the isolated culture of these schools, they breed sexism and stereotypes, cause social stunting, and lack the diversity needed to prepare students for the “real world.”
Sexism and stereotypes are formed in single-gender schools by prolonged separation of the sexes (Erin Pahlke and Janet Hyde, “The Debate over Single-Sex Schooling”) and abuse from upperclassmen in single-gender schools. For example, when the Citadel was still men only, upperclassmen would call weaker underclassmen “girls” and other demeaning names that are references to women (Josiah Bunting and Claudius Watts, “The Pros and Cons of Single-Sex Education”).
Ignorance for difference develops and grows in the absence of the opposite sex because they are not learning from each other, which can stunt these students’ ability to work with others according to Bunting and Watts in their article “The Pros and Cons of Single-Sex Education.”
The discouragement of competing with the opposite sex is found in women’s schools (Wendy Kaminer, “The Trouble with Single-Sex Schools”), making it difficult to work with the opposite sex and thrive in today’s society.
In male-only schools, the boys and young men tend to become more aggressive when left with only their own gender, which can become problematic in relationships according to “The Debate over Single-Sex Schooling.”
Single-sex schools lack the diversity needed for a well-developed problem-solving skillset and in that lack of diversity the students are more susceptible to distractions when they reach the “real world.”
Single-Sex schools do not allow their students to see the world outside of their culture, causing confusion, lack of competition, and bias against the opposite sex. Single-sex schools do not fit today’s culture of diversity and acceptance and therefore are not viable for the common student.