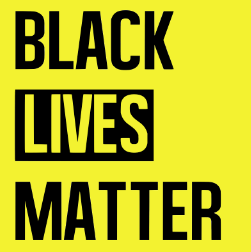 Black Americans have been the targets of systemic racism ever since they were forcefully brought to this country hundreds of years ago. It started with slavery, then segregation, and now they are constant victims of police brutality and the prison system.

These Americans and many others are finally fed up the system. They are protesting, fighting against the system with demonstrations. These have been happening all over the country, and because of that they have been able to label the entire movement as #BlackLivesMatter.

With any movement wanting change there is going to be an opposing side that wants things to stay the same because the system so far has benefited them. The opposition likes to call their movement #AllLivesMatter.

The hashtag the opposing side has created makes their movement seem better, more accepting, and more inclusive than the #BLM. That is anything but the truth. The #AllLivesMatter movement does not include “All Lives.” It only really includes the lives of white people. Lives that since the beginning of time have never faced any sort of systemic racism.

If those who supported the #AllLivesMatter movement really did care about “all” lives then they wouldn’t support the wall Trump is proposing to be built on the Southern Border of the country. They would welcome refugees fleeing war-torn countries with open arms because their lives matter too. But no, this movement has been supporting the exact opposite because the only lives that really do matter is those of white people.

Those opposing #BLM have said that the movement is very closed from other races and is basically saying that the only lives who matter are black lives and said the movement is the “black version of the KKK”. This statement is ridiculous! You never see diversity in KKK meetings but when a #BlackLivesMatter demonstration happens you see people of all colors and backgrounds being welcome. The founders of this movement advocate for peaceful protests with their principles saying, “We are committed to embodying and practicing justice, liberation and peace in our engagements with one another.” While you can’t say the same for the other side. The KKK does nothing but incite violence since its beginnings in the Post-Civil War era. This movement is not  advocating that black lives matter more but rather that black lives matter too. They are on the frontlines trying to balance the scale that has never been in their favor.

This is the exact reason is why the #BLM movement started up in the first place. If those who say the statement about white people and the brutality that they too face were really mad and infuriated with this statistic they would fight the system too. They only bring this argument up to discredit the #BLM movement.

The worst part of this whole outrage is the way the cops are handled after the shooting. A total of 964 people have been killed by the police in just this year.  The cops who are accused of shooting a civilian are usually suspended with pay until the trial happens. After that an investigation is launched to see what happened and if the cop really needed to use ‘excessive force’. Statistics show that police are indicted on only 1% of killing. The system hasn’t delivered its promise of “justice for all.”

There are a lot more alarming statistics such as that out of the 2.3 million people who are in prison in the United States right now, an estimated 1 million of them are Black. The constant threat that the Black Community faces by the police and the justice system needs to be confronted and there needs to be a change.

Yes, all lives do matter, but right now as a country we need to change the way the the government systems treat fellow Americans solely based on the color of their skin. One Twitter account used a perfect analogy to help understand why #AllLivesMatter is harmful, “#AllLivesMatter is like I go to the Dr for a broken arm and he says ‘All Bones Matter’ ok but right now let’s take care of this broken one.”

Here at Radford we don’t usually have to deal with this sort of problem of injustice as frequently as people in the mainland do. We can still help make a change though. Get involved in the community, stand up when you see racial discrimination, educate people, and most importantly protest. Protest whenever you can and wherever you can. It is our right as American citizens and it’s one the best ways to make sure our voices are heard and that a change happens here in America.

Alexia Gardner is a senior at Radford High School. This is her third year as a newswriting student and second year as a co-editor of The Rampage. She loves writing and expanding her knowledge about what is happening in the world. Alexia is a very outspoken person and not afraid to voice her opinion on topics she’s passionate about. Her post-high school plans include going to Emerson College in Massachusetts and then becoming a journalist.