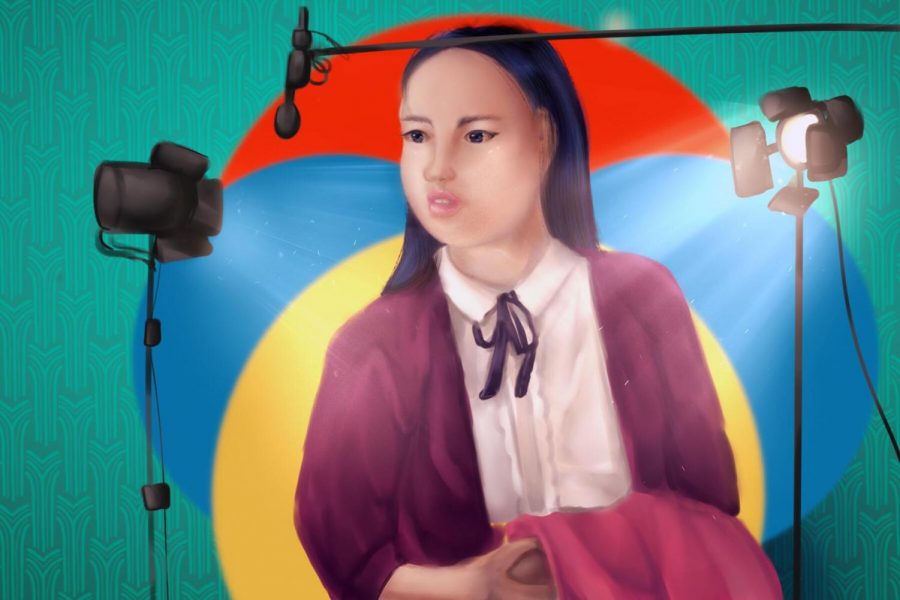 n recent years, film and music industries have played an instrumental role in diversifying the characters in mainstream movies and music around the world. Prior to the Asian-American representation movement, the majority of Asian-Americans were solely represented for humorous purposes, often through offensive stereotypes.

Adith Sundram ‘20 emphasizes that “Asian representation is important because we must encourage diversity and promote equality.” In an attempt to better represent Asian-Americans, movies such as Crazy Rich Asians and To All the Boys I’ve Loved Before have portrayed Asian Americans and mass media companies such as 88Rising in a much more progressive and positive light.

Far too often, Asian-American characters in media have been portrayed as shy introverts with little to say. They are often irrelevant side characters: math nerds, violin prodigies, kung-fu experts, or victims of bullying. For decades, this unhealthy lack of  realistic Asian representation in American films has left the media void of Asian role models, impeding Asians’ ability to feel included in American culture. Nevertheless, recent inclusion of Asians in pop culture has highlighted rich Asian history and culture in an entertaining manner.

As Zaynab Kauser ‘21 explains, “Asians must be represented in mass media, but not in an over-Westernized or stereotypical way. We need more true representation.” It is finally perceptible that Asians are not inherently put an a disadvantage in the entertainment industry, and they can finally strive to achieve tremendous success in music and movie industries.

Recent success Crazy Rich Asians centers on an strong Asian-American woman Rachel Chu and her boyfriend Nick Young as they embark on a journey to Singapore to attend a lavish wedding. The movie successfully develops the characters realistically, and their character development does not solely focus on their Asian heritage. While their ethnic backgrounds compose a significant part of their identity, they have many more important attributes that contribute to the storyline. Furthermore, many family members that they visit in Singapore speak with an Asian accent. Unlike an overwhelming amount of Hollywood movies, the accents in Crazy Rich Asians are not portrayed as sexy, humorous, or outrageous, but rather a mere product of their residence in Singapore. The movie does a phenomenal job of enrapturing the essence of Asian culture while simultaneously giving the characters well-developed traits and emotions.

Likewise, star Lara Jean from To All the Boys I’ve Loved Before recently provided effective Asian representation. Towards the beginning of the movie, it appeared that Lara Jean was simply going to portray the typical Asian stereotype we’ve all grown tired of: shy, sweet, and smart goody-two shoes. Nevertheless, as the movie went on, Lara Jean became a strong protagonist who did not embody the Asian stereotype we expected. She became brave, rebellious, and determined. The movie was also successful because it did not make Lara Jean’s ethnicity a major plot point; her race was not a significant part of the movie itself. By portraying an Asian girl as a normal high schooler without forcing Asian stereotypes on her, the movie serves as a milestone for Asian representation in mainstream movies.

Moreover, 88Rising, an American mass media company, has recently gained popularity as a musical platform and label for primarily Asian artists. Most Americans listen to popular White artists such as Taylor Swift, Katy Perry, and Adam Levine; black artists such as Nicki Minaj, Usher, and Yo Gotti; and Hispanic artists such as Selena Gomez, Enrique Iglesias, and Jennifer Lopez. Unfortunately, very few Americans enjoy the music crafted by Asian musicians. By giving Asians the opportunity to gain popularity in the music industry, 88Rising paves the way for more successful musicians to finally receive the credibility they deserve.

Ultimately, a recent increase in Asian inclusion in the media has enabled Asians to finally feel included in mainstream culture While we still have a long way to go to achieve truly equal representation, the future for Asians appears bright: we are heading towards a widespread empowering Asian invasion.

“Masculinity” and “Femininity” in Leadership