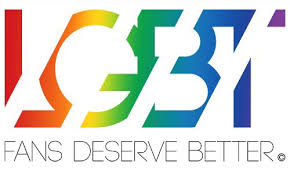 For developing minds, the TV and media we’re exposed to daily can drastically influence us. We look up to characters and actors as role models, and it’s important that we have someone to relate to even if they’re fictional.

images-uf3jfs
Photo courtesy of sites.psu.edu
But for a lot of kids and teens, especially those who fall in the LGBTQ+ minority, it’s nearly impossible to feel as validated as their straight peers. This has been a growing concern as more and more people come out and are more comfortable with themselves and their sexual preferences in the 21st century. Because of this, the media needs to have an accurate portrayal of these groups.

Numerous heterosexual couples have been accurately portrayed because that’s what society is used to. The refusal to display other “morally wrong” couples in the media is often due to conservatives fearing that their children will be exposed to the “gay agenda” and thus “turn gay”.

This argument has always confused me; if LGBT kids grew up watching straight characters on television, why didn’t they grow up to be straight? Further proving that sexuality isn’t a choice, it’s impossible to have your personal desires influenced by environmental factors, at least in this case. Biology doesn’t work that way.

Often, what shows and movies do to reach the LGBT demographic is queerbaiting, which is when they briefly show same-sex relations between straight characters. This is dehumanizing because the relationship doesn’t develop into anything more than a few romantic encounters. Media uses this strategy to pull in a variety of viewers but stops at a certain point so as to not offend any homophobes who are sensitive to this type of content.

The community has been oppressed in harsher ways in the past, however the lack of representation is considered oppression nonetheless. According to sites.psu.edu, “of the 895 series regular characters… 43 (4.8%) identified as gay, lesbian, bisexual, transgender, and queer.”

This is the type of mindset we grew up upon that damaged our self-esteem and made us feel like we weren’t normal. It’s as if we’re straight until proven otherwise, but this is not the case and it’s extremely important to consider the minority. More representation would skew away from the heteronormativity shoved in our face every time we turn on the TV.

It’s time for a change, and that’s what GLAAD, a nonprofit organization dedicated to equal representation, is trying to accomplish. So far, they’ve made substantial progress in increasing the amount of LGBT characters portrayed, and even children’s networks such as Disney Channel and Cartoon Network have done their part in this as well. For instance, Le Fou from the motion picture Beauty and the Beast is explicitly a gay character.

That’s not to say everyone is okay with it, however; some countries even went as far as to ban the movie in theaters. Hopefully, as racial diversity and acceptance increases throughout the world, so will LGBT representation.

“It would not only normalize these ideas,” wrote the Beacon on LGBT representation, “but also give kids someone to look up to who’s like them.”