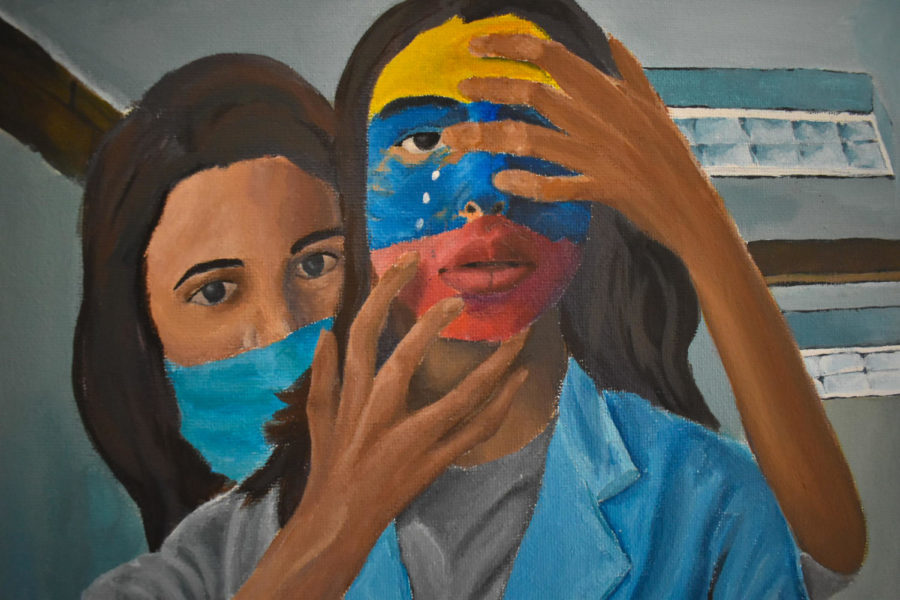 The celebration of Hispanic heritage is from September 15 through October 15 annually in the United States. Latin Americans celebrate their heritage through various festivals and gatherings, and Wakefield High School is partaking in the nationwide recognition of Hispanic citizens.

Heritage is defined as cultural traditions passed from generation to generation. For many, Hispanic traditions largely influence their daily lives, which is why the month praises Latin culture and its rich customs.

“It’s basically who I am. It’s how I act, what I believe in and what I eat,” Maria Giron Castro said, a senior at Wakefield High School.

Castro and her family are originally from Mexico; although she now lives in America, her Hispanic roots remain present in her daily life.

Hispanic Heritage Month started in 1968, under President Lyndon B. Johnson, as a one-week festival and later was extended to an entire month. The first day, September 15, is the anniversary of independence for numerous Latin American countries: Costa Rica, El Salvador, Guatemala, Honduras, and Nicaragua. Chile and Belize follow on the 18 and 21 of September, respectively.

“[On] September 16, we’re watching the live show from Mexico because that’s [their] Independence Day,” Castro said. “The second week of January, [is] the Day of the King, so [my family and I] buy this bread called Rosca and make hot chocolate.”

According to Time, the month celebrates American citizens whose cultural lineage includes Spain, Mexico, Central and South America and the Caribbean. Historical figures, such as Sonia Sotomayor, our first Latina Supreme Court Justice, are applauded for their contributions to the Hispanic heritage.

With emphasis placed on Hispanic arts and culture, organizations such as the National Gallery of Art and The Library of Congress endorse its mission. Locally, UNC Chapel Hill and Duke campuses are hosting Latin American Film Festivals until November 8.

“The reason for [designating a month to Hispanic heritage is] to raise awareness,” Nicholas Bowman said, a Spanish teacher at Wakefield High School. “There’s a lot of value that can be added to the American culture from Hispanics and Latinos.”

Wakefield High School reached out to Hispanic families on October 9 through hosting Hispanic Heritage Night. Elizabeth Hanna, Assistant Principal of Instruction, organized the event for families who speak Spanish to strengthen their communication with the school.

“I thought it was important for us to… offer [Spanish speaking families] the same resources we offer to our families who speak English,” Hanna said. “We had Family Academy come out and present for an hour, in full Spanish. [It was] an information session basically on how to engage… your child with regards to school.”

Hispanic Heritage Month is a time for Americans to embrace the diversity of their country, learn about the significance of Latin culture, and realize the positive impact of their neighbors.

“[Hispanic heritage] reminds us why we should be proud to spread knowledge of our nationality,” Castro said.

Greetings, reader! I’m eager to move forward with my third and final year on The Howler. Along with writing, I pursue STEM subjects in my free time, particularly astronomy and math. I hope to represent the left brain of Wakefield through my articles! Please feel free to submit your work or leave a comment -- we’d love to hear from you. “We put the ‘W’ in ‘newspaper’” ~ Abigail Mosher, former Co-Editor-in-Chief

It makes me sad.

We took for granted each other’s steadfast company.