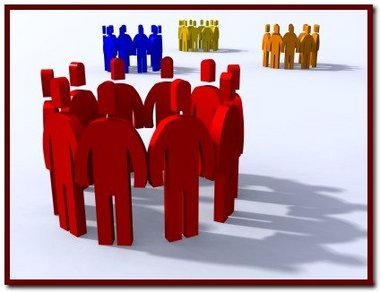 What is self segregation? “(Self-segregation) is the separation of a religious or ethnic group from the rest of society in a state by the group itself,” according to the guardian.com. But it can become much more than this.

self-segregation
Photo credit: Race and technology-wordpress.com
When a group of people or organization self-segregate, they run the risk of being out of the loop of current events that occur in their world. Beyond this, however, they are also missing out on things that could benefit the community, as they have systematically removed themselves from comformaties. This causes a schism in the integration of their society by not only stripping away the resource of people but often to the detriment of the group in question as they are often frowned upon by their ‘peers’ in the given society.

Self-segregation is prevalent when groups stray away from people of different backgrounds, which causes them to lose the ability to understand them. This may lead to fear and, eventually, to hate. It’s a natural progression which can manifest into racism and sexism.

In an article by Inside Higher ED called “When students self-segregate” an anonymous user posted “choose-your-own-partner philosophy has its downsides. Friends pick one another rather than going outside their comfort zones. There’s inevitably a… moment when the students who don’t know anyone else scramble to find partners. And once students have formed groups, the room can look like a middle-school dance.” This fear in how people at such a young age want to approach each other leads to self-segregation as people are becoming afraid to step out of their ethnic and gender comfort zones.

In an article by Business Insider called “How America’s self-segregation is dividing the country” Dahana Boyd stated “It’s a fact: while Americans have countless tools with which to connect with one another, we are also watching fragmentation, polarization, and de-diversification happen in masses.”

A person who follows their favorite bands will only find others who like that band because these algorithms will only fill our feeds with things that we only personally relate to and we find appealing, compared to something that we don’t know much about. The self-segregation of this is shown in the fact that we systematically can’t leave our “filter bubbles” that we have made for ourselves due to a lack of diversity.

Even things that were designed to help us find new people will never allow us to find those that fall out of our preference so this cannot truly be seen as a medium for people of diversity while this algorithm exists, and the exact same thing can be said about people in the real world.

So my advice, for life, is to go outside and diversify.

The Truth of Immigration’s Impact on the U.S.