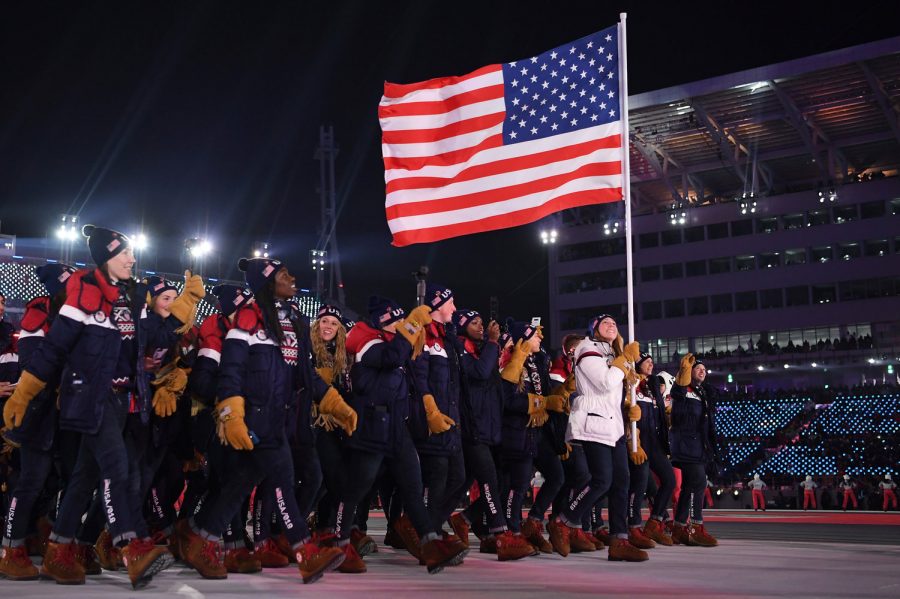 The 2018 Winter Olympics has begun—a rare time in today’s society where all countries around the world ignore conflicts to join together in a time of peace and sportsmanship, and Team USA is bigger and more diverse than ever. 242 athlete are hailing from the good ole U.S. of A. this year, with 104 woman competing this year, making up 45% of the team, slightly over the average of all the teams competing. This includes 10 African American Athletes and 11 Asian American Athletes.

This diversity can’t be seen in a better place than in the woman’s bobsledding team, where 4 out of the 5 members are colored, including the alternate, Briauna Jones; and the olympians Dam Rippon and Gus Kenworthy, figure skater and freestyle skier respectively, who are the first two openly gay athletes. The team is the one of the youngest in the recent years, containing many first timers to the Olympics, with an average age of 26.4 years old, 8 of who are only 17 years old.

In a time of acceptance, bigotry seems far from the nations mindset—but ignorance always seems to shine through. In reaction to Team USA, Fox executive editor and executive Vice President John Moody published an article in which he claims the U.S. Olympic committee wants to change their motto from, “swifter, higher, stronger” to “darker, gayer, different.” This seems like a total disregard for the hard work put in by all the athletes he claimed to be there only to “fill a quota.”

In a society that seems to be more accepting than ever, with progress being made everyday, the backlash seen to the Olympic team shows us there is still progress to be made.

The Lack of LGBT Media Representation and its Devastating Effects