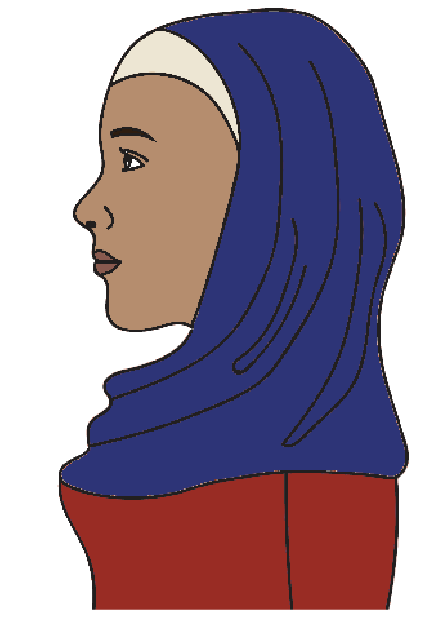 In wake of the Muslim ban, I feel saddened to call this country my home. I feel saddened that to some, diversity is not our strength, and that the oppression of thousands of Muslim-Americans is now seen as normal. I, having two parents who were born in Iran, one of the countries under the ban, and having experienced the warmth in the Iranian people, feel eternal remorse and frustration towards President Trump.

On Jan. 27, President Trump signed an executive order banning some Muslims and refugees from entering the country. The ban specifically targets seven countries: Iran, Iraq, Libya, Somalia, Sudan, Syria and Yemen. This ban has not only had a traumatic effect on the people who are attempting to enter the U.S., but has also disrupted the lives of hundreds of immigrants currently in the country under their visas.

As Trump sat in the Pentagon ready to sign the order officially titled “Protection Of The Nation From Foreign Terrorist Entry Into The United States,” he explained he wanted to protect our country from the threats our soldiers are fighting overseas.

“I am establishing new vetting measures to keep radical Islamic terrorists out of the United States of America,” Trump said. “We don’t want them here.”

Over a week later, the 9th Circuit Court of Appeals lifted the banning of Muslims and refugees from entering the United States which made Debbie Dingell—a congresswoman in the 12th district of Michigan—release a strong and hopeful statement.

“Today’s unanimous ruling on President Trump’s Executive Order reaffirms that this ban runs counter to our Constitution and our values as Americans,” Dingell said. “National Security experts, business leaders and academia have warned that this ban endangers both our national security and our economy. While this ruling is a victory, uncertainty remains, and we will continue to fight to protect our Constitution with every ounce of our strength.”

This ban has resulted in countries like Iran to ban Americans from entering their country. This has not only created a large dent in the progress we have made in the U.S. with immigration rights, but it has caused other countries to resent us. This movement allowed us to descend into an even more divided country, and therefore forcing other countries to do the same towards us.

According to Time magazine, as of Jan. 30, 200-250 people were denied entry after their flight had already landed and as of Jan. 31, 720 people did not reach the U.S. because they were denied boarding. Although, according to the New York Times,  on the Saturday the ban was officially released, a federal judge in Brooklyn ordered that those stuck in airports not be returned to their home countries, still leaving the future of the others unknown.

Although the ban has now been lifted, the oppression in this country is still very real. I am fearful to see what our president will do next. With that, I am hopeful and motivated to fight back. It is important for us to partake and fight in the protests along the road. It is necessary to share our voice and to strive for equality, unity and diversity for the future of our country.

International Mother Language Day: A Celebration of All Languages