The silent minority isn’t silent anymore. On January 14, the nominees for the 2016 Academy Awards categories were officially announced to the public. This is the second consecutive year that not a single black actor has been nominated, causing an outrage toward the Academy.

Several stars have called for a boycott against the Oscars: Spike Lee, Jada Pinkett Smith, and her husband Will Smith are among those who have withdrawn their attendance. Pinkett Smith, responsible for sparking the boycott, spoke out on multiple social media platforms, encouraging her fan base and other celebrities to join the protest against the Academy. Just days after the nomination list was posted, Pinkett Smith took to Twitter to voice her opinion on the matter.

“At the Oscars…people of color are always welcomed to give out awards…even entertain,” she wrote. “But we are rarely recognized for our artistic accomplishments. Should people of color refrain from participating [altogether]?”

The conflict has garnered its own hashtag, #OscarsSoWhite, which has been one of the top trends on Twitter for the last few weeks.

The issue regarding the decisions of the Academy has created a schism in Hollywood. While the boycott has been supported by numerous celebrities of various races, it has also been critiqued by other well-known names. Actors including George Clooney and Michael Caine believe these decisions were not mere acts of racism, but that the nominations were placed in regards to the highest level performances of the year. Actress Whoopi Goldberg, who won an Oscar in 1991 for her appearance in the film Ghost, voiced her opinion on the matter during an episode of her talk show, The View.

“The issue is not the Academy,” Goldberg said. “Even if you fill the Academy with black and Latino and Asian members, if there’s no one on the screen to vote for, you’re not going to get the outcome that you want.”

The disappointment and criticism following the all-white nominations has led to a series of changes to the Academy and its organization. The president of the Academy, Cheryl Boone Isaacs, declared that the establishment is vowing to double its minority and female contenders in time for the 2020 Oscars, as they acknowledge that the lack of diversity in its membership is unacceptable. “The Academy is going to lead and not wait for the industry to catch up,” Isaacs said.

Host of the 2016 Oscars, Chris Rock made remarks that this year’s Oscars are the “White BET Awards.” An acronym for ‘Black Entertainment Television,’ the BET Awards are a ceremony acknowledging the works of solely black entertainers. Some celebrities have argued that the BET Awards are “subliminal racism,” as they do not allow other ethnic groups to partake.

Thoughts have arose on whether or not Rock will confront the boycott in his opening monologue during the show. His publicist has shot down rumors, confirming that Rock has not decided how he will approach the matter. He has, however, composed a new script for the Award Ceremony since the conflict broke out to reflect the issue through comedic satire. Critics must wait until airing day, February 28th. However, there is increasing pressure for Rock to respond to the controversy.

The question remains: Was the nomination list comprised as a subtle act of racism, or was it primarily based on the talent of the year? Regardless, the Academy is poised to undergo dramatic change in the upcoming years.

o visualize this information in a more creative format, check out this ThingLink! 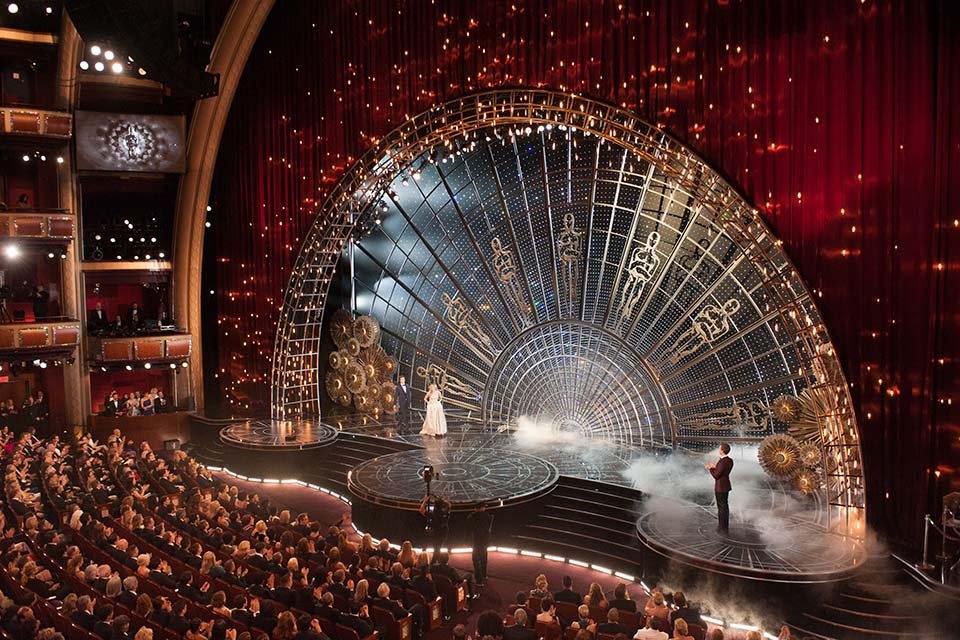 Caroline Kroeger is a senior at Hollis Brookline High School. She has been with the CavChron for two years and has transitioned into News Editorship for her senior year. Caroline is the youngest of three kids and has lived in Hollis for most of her life. She enjoys writing and drawing and spends most of her free time on adventures with her friends and working at American Eagle. An avid theater geek, each year she looks forward to participating in the school’s drama program, acting in both plays and musicals. In school, she is a member of many clubs, including HB the Change, Spanish Club, International Thespian Society, and Book Club. Caroline has also been a member of the Concert band for four years and is a wind ensemble player this year. Following graduation, Caroline aspires to practice medicine and is eager to see what the future holds for her. In her final year of high school, Caroline is excited to produce interesting stories and make this year the best one yet for the newspaper.