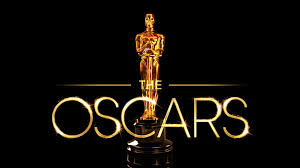 The 88th Academy Award took place on February 28th and was another great night full of memorable stars, dramatic speeches and controversial moments. For a few weeks, prior to the event, the Awards Show was dealing with some disagreement in regards to the lack of diversity in the nominations and some celebrities even chose to boycott the event while others took it differently. The host of the ceremony was the comedian Chris Rock who addressed the issue in a humorous way, poking fun at how the controversy was blown out of proportions and that ultimately, the blacks had real issues to fight about in the past.

Nevertheless, there were great moments as well, including the 6 time Oscar nominee, Leonardo DiCaprio finally winning an award for Best Actor in his role of “The Revenant” as he received a standing ovation. He delivered a very powerful yet humble speech that expressed his gratitude over winning the award. A adorable moment would be when Chris Rock’s daughter and her Girl Scout group sold cookies to celebrities and helped raised over $65,000.

Although there were memorable moments including Dave Grohl’s amazing performance, dedicated to the amazing personalities that passed that year, some moments during the event were quite dreadful. The Stacey Dash Oscar Appearance was quite the talk of the show, after she decided to take part of a joke that actually just left most of the audience confused and has been regarded as one of the most painfully awkward moments of the Oscars. It was the same Stacey Dash who called the #OscarsSoWhite boycott “ludicrous” and said there was no need for Black History Month. As she appeared she exclaimed that “I cannot wait to help my people out. Happy Black History Month,” she giggled. “Thank you.” Dash quickly exited the stage as silence fell over the audience, which was apparently unsure how to react.

Ultimately, the Oscars 2016 had its own moments that truly marked it as unique and different from the other Oscars.