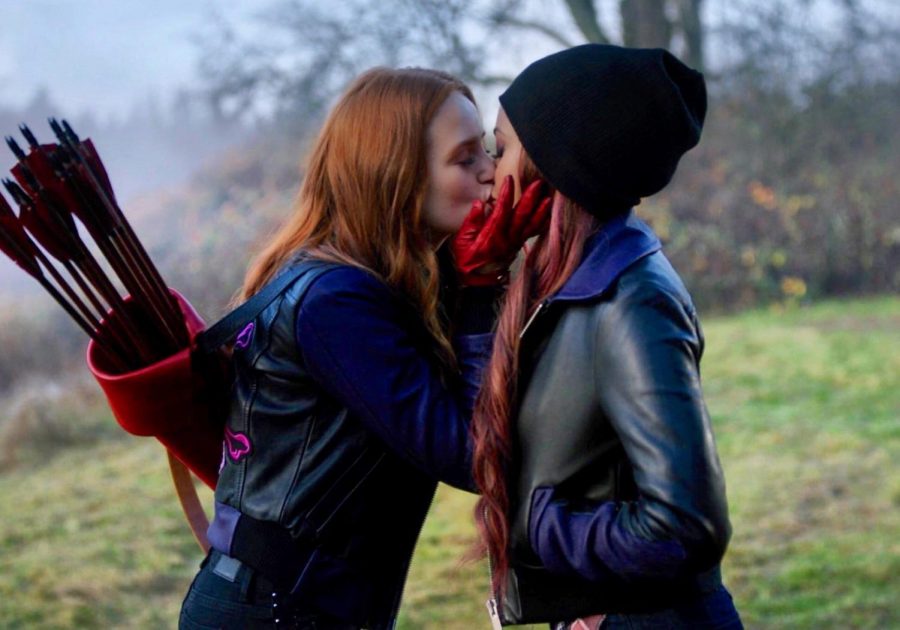 When flipping through channels on TV, you will very rarely find a TV show or movie that has gay characters with storylines of their own that aren’t completely related to finding a partner on Grindr. Gay characters are almost always used as comedic relief: gay men butt in to say a line about fashion trends, or lesbians come in with  some sort of comment about their flannel button-ups and Subarus.

When most people think of LGBT+ representation in media, the first image that comes to mind is a gay man, fashionably dressed, with perfect hair and an upper register voice. He most likely loves musical theatre with a passion and sprawls across his piano while moping about being unable to find love.

For years and years, the typical gay character on media has been portrayed like so, with some notable examples including Kurt Hummel, Blaine Anderson, pretty much the entire cast of Glee, Enrique from Legally Blonde, Mitch from Modern Family, Kevin Keller, Magnus Bane, the list goes on. These characters are like paper dolls, reusable and common, TV companies cut them out and stick them onto their shows, copying and pasting the same character to give a false sense of diversity. These characters are almost always underdeveloped, with no backstory or personality beyond their stereotypes.

When it comes to lesbian representation in media, it’s almost nonexistent. The odd times that you will find a lesbian couple on TV, they will most likely be in the background. It is very difficult to find a single show that features lesbians having actual relationships with depth, and not something that could be mistaken as just a friendship if approached by a new viewer.

The hit TV show ‘Riverdale’ often ignores its only lesbian couple, Cheryl and Toni, throwing them in the background where they will hold hands and sometimes chime in with a one-liner about something that has happened between them, with no accompanying footage. Straight couples on that show have been shown exploring their relationships with each other way beyond hand-holding, while this lesbian couple is rarely showcased at all. Due to fan demand, there was one episode of this show dedicated to the primary LGBT+ characters normally relegated to token air time. This representation was a huge step for the network, but still not enough to truly represent LGBT+ relationships.

When bringing this issue up, a common response will be, “But what about (insert show completely dedicated to gay characters that can only be found online during certain hours of the night here).” As a member of the community, and I cannot stress this enough, these shows do not count as representation if they are only targeted towards an LGBT+ audience. So many people identify as LGBT+, and it’s almost impossible to find a show on a mainstream network with an LGBT+ character in the spotlight.

Watching a show exclusively about gay characters is great, and it’s so magnificent that there are shows like that out there, but shows about 5 gay men decorating houses is  not enough to end the stigma that has plagued the LGBT+ community for generations. The LGBT+ community needs to be recognized as human beings with real issues and problems that don’t always revolve around coming out, homophobia, or not being able to find a partner. Yes, these are issues that this community faces, but they also deal with issues like everyone else.

They worry about their grades, fight with their parents and their partners, etc. Most importantly, they are just like everyone else, so cutting them out of TV  shows for fear of people not watching is honestly heartbreaking.

It is so hard to be different in a world where people celebrate being the same. Having someone to relate to on TV can be a game changer for people who are struggling with their identity or feeling accepted. All anybody wants to see is characters that remind them of themselves.

Not every gay guy flaunts his collection of broadway playbills, and not every lesbian has a pixie cut and wears flannels.

We are all individual people, with individual interests and individual stories. We don’t conform to stereotypes, and we don’t want to. However, one thing I think most, if not all, of us can agree on is that we all want to be represented as equals on TV.

Havana Garrett is a senior at Boise High School with a passion for telling stories. She has been writing for the Boise High Newspaper since sophomore year and is one of the editors in chief for the 2020-2021 school year. Besides newspaper she enjoys slam poetry, photography, and filmmaking and one day aspires to make filmmaking a career. Despite having enough weird stories to compile a small book she overall spends most of her time at home hanging out with her two dogs, Sadie and Winnie.