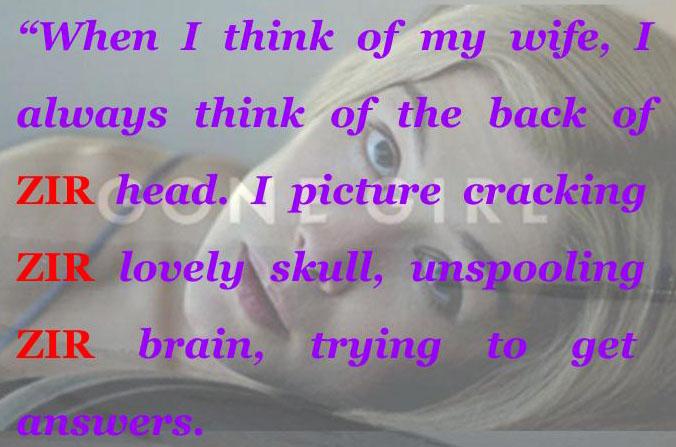 The LGBT community and its allies have introduced the entirely new pronouns, ze/zir, so Americans can speak more gender inclusively, and major universities are adopting the terms. Harvard University, American University, and University of Vermont are only a few of the universities that have issued recommended guidelines for using these new pronouns.

The Center for Diversity and Inclusion at American University has provided a guide to pronoun usage for both staff and students.

While I realize tolerance is extremely important, especially in this gender and sexuality evolving generation, the use of an entirely different pronoun is going to have the opposite effect the LGBT community is hoping to reach. In order to respect all genders, society should be educated on and encouraged to use the use of the pronouns “they/them/their.”

I rejoiced when the Supreme Courts supported legalizing same-sex marriage; however, even for me, an open-minded young adult who (some may say naively) believes in complete freedom when it comes to all things in identity world, the ze/zir idea is inexplicable.

A brief education about fluid world of gender

With the recent ‘coming out’ by celebrity Caitlin Jenner (formerly Olympic medalist Bruce Jenner) as transgender, the American public has been exposed to another concept that is foreign to many. The transgender door opened by Jenner has lead to other celebrities and LGBT members/advocates speaking up about other gender identities.

“Gender fluidity is not really feeling like you’re at one end of the spectrum or the other. For the most part, I definitely don’t identify as any gender. I’m not a guy; I don’t really feel like a woman, but obviously I was born one. So, I’m somewhere in the middle,” said actress Ruby Rose (famous for their role as Stella on the audacious and boundary-pushing Netflix series Orange is the New Black) in an  interview with Elle this past June.

For many, gender has expanded into uncharted territory  due to the interaction of so many different factors and interpretations, but some of the most common within the LGBT community are transgenders, bigenders, gender-fluid people, agenders, and non-conformist genders.

So with people outwardly identifying (or unapologetically not identifying) with a clear-cut gender, how does society refer to them grammatically? ‘He’ is for males. ‘She’ is for females. What about those who fall into the ‘none of the above’ gender?

What are gender neutral pronouns?

The LGBT community, technically now the LGBTQQIP2SAA (which stands for Lesbian, Gay, Bisexual, Transexual, Queer, Questioning, Intersesx, Pansexual, Two-Spirit, Asexual, and Alliance) (we’ll stick with LGBT for the sake of this article), is proposing that the entirety of the population use gender neutral pronouns.

The recently invented pronoun is ‘ze’ (pronounced ‘zee.’) It is used as a complete replacement for he/she in daily life as to not offend anyone.

The idea of more than two genders is already a whirlwind idea for most of the population, even to the younger population who is (stereo)typically more accepting to new social norms. Add to that the idea of a whole new grammatical term, and frustration will skyrocket.

How and when would should the new pronoun be introduced? Grammar is cognitively wired into our brains.  It will take years to master “ze” and “zir.”  The concept will be exponentially easier for the youth of today, but we’re talking decades before the pronouns become accepted use.  What about the interrobang?  Even with its inclusion on some keyboards in the 1960’s, it remained a fad–supported by a small (but steady) group.

“Burdensome change will not be lasting change. Students will emerge from those classes, I predict, not as converts but as survivors of a brief professorial dictatorship, determined never to engage in gender neutrality again,” said author of more than seven novels, Lucy Ferris, in an article published on academic language blog Lingua Franca.

Another hesitation in using ze/zie/zirs is the initial shock of the word. You can almost hear an uninformed young woman as she asks, “What did you just call me?”

Let’s make the singular “they” the grammar standard

The previously mentioned woman, acutely offended over being called ze, however, may not bat an eyelash if someone said “they have great fashion taste.”

Society uses the singular “they” more than it is acknowledged. Usually, it is by pure accident, but it works wondrously in place of he or she for people who do not identify with the strictly female or male genders.

Many traditionalists raise the argument that the singular “they” is not grammatically correct. They are correct, but language, like all other human sciences, evolves with the people who use it.  We used to say “nauseated,” but now we say “nauseous.” We used to use “dived,” but now we use “dove.”  We now say we are “going to” or “need to,” but we used to say we “shall” or “ought to.”

Tolerance is something that will take time, but I personally believe American citizens are making long strides in a very short time, and I am proud. America should not have to mandate a change to the entire English grammar system to be inclusive.

Olivia DuBro (@ohdubro) is one of the editors-in-chief of The Lance. This is her third year writing about local news, entertainment, current events, and opinion articles. Olivia is an active member of several honor societies, including Dance, Rho Kappa, English, Math, Spanish, Quill and Scroll, and National Honor. Olivia is a leader of the state champion Pom and Dance Team, performing in both the halftime show at football games and statewide dance competitions. During the 2016 season, she was named a MAPDA First Place State Champion Captain. She is also a LOUYAA Pom and Dance coach in her free time. Olivia will attend Clemson University to study Premedical Science after graduation. She anticipates using her communication skills learned in journalism in her future ventures. She will be deeply saddened that she will not be able to see Mrs. Rebetsky's smiling face every day.