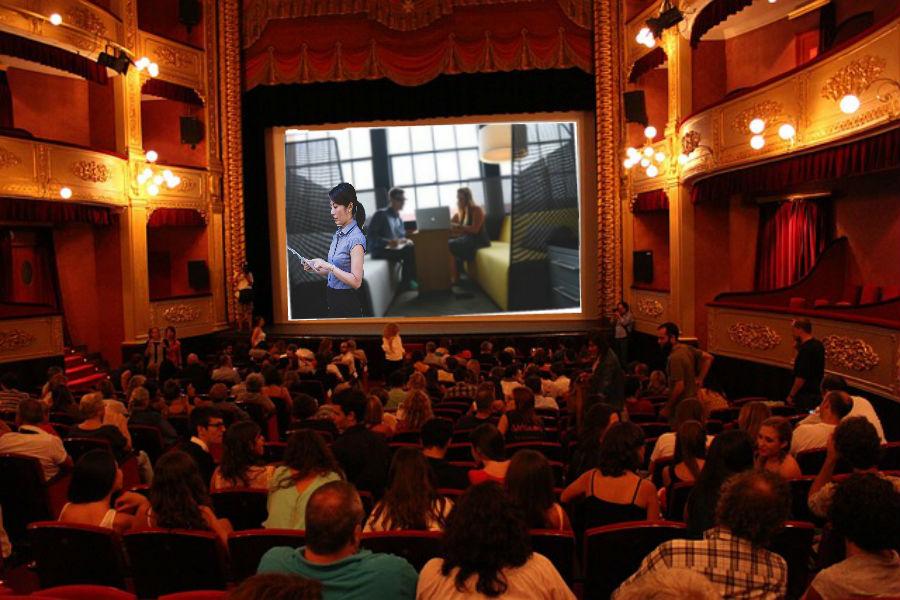 Let’s talk about Hollywood for a minute. Particularly, the racial diversity in non-famous actors who get cast speaking roles in movies. Now, I know what you’re thinking and no, this is not going to be a five-page rant about how movies need to be more diverse. I just want you to think about something. Is it harder to get a job in the film and arts industry if you are a person of color?

To be honest, I never really thought about how strange it was that I could go and see a popular movie and leave without even noticing that not a single person of color said one word in the whole movie. But then I saw one of the first videos of a series called “Every Single Word Spoken by a Person of Color in [fill in movie title here]”, created by writer and actor Dylan Marron.

In it, he shows how few speaking roles people of color have in popular movies. It made me realize how whitewashed Hollywood movies really are. And movies that do have a person of color as a main character, the movie is normally about that person’s race. Dylan Marron said it best in an interview with The Guardian, “When you have people of color as protagonists, the story is about their color. With white people, it’s never about their whiteness.”

It kind of sucks that this even needs to be talked about, but the fact of the matter is that “Minorities make up more than 36 percent of the U.S. population but represented only 10 percent of lead characters in movies and sat in 12 percent of director’s chairs in 2011, the last year for which data is available.” This was said by a Washington Post article about Hollywood’s race problem.

So the question is, do you think that it’s harder to get a job in the film and arts industry if you are a person of color? Sarah Lovelady said, “I say yes, because I feel like if [a person of color] wants to be the main character, the directors might not take them as they are because they have this perfect image in their mind.”

Viviana Miranda said,“Yes, I think it is because a lot of the movies that come out now-a-days don’t feature or don’t involve a lot of people of color so, I think it is harder and there is still racism that exists today. Some people say there is not, but there still is. So, I think it makes it harder, but it’s not impossible.”

The other side of this argument is just not really noticing that there is a problem, which is how I was until a few months ago. Or, you could say that it isn’t harder for a person of color to get a job in the film industry, that they get as much of a chance as anyone else.  Hollywood is a tough industry to crack for anyone.

Hello! My name is Kafui {kaf-wee} and I am a senior at Bob Jones High School. I'm likely going to attend the University of Alabama- Birmingham and my interests are many (which is why I am likely to create some strange hybrid of my interests as a future career), such as writing, making and watching films, photography, and traveling. I more or less live in the auditorium, as I am very involved in the drama department. I really just consider myself a storyteller in many different forms. I also have a slight tendency to ramble.