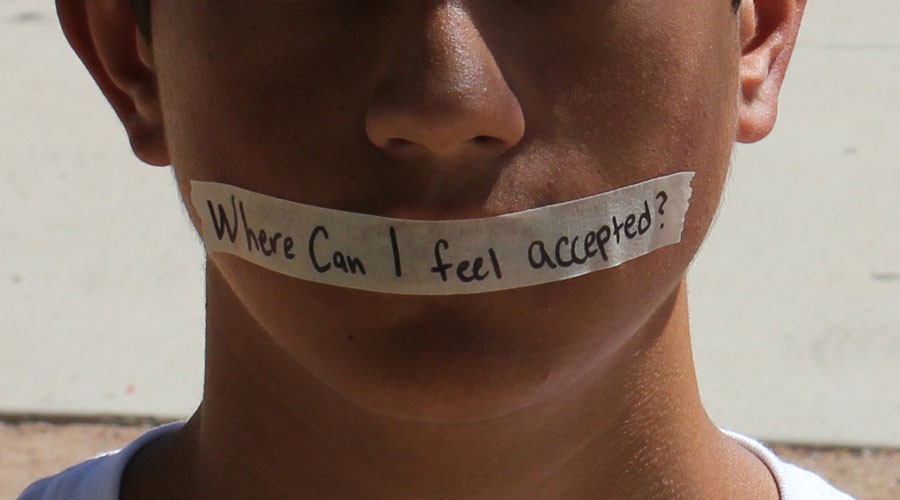 Although same-sex marriage was legalized in the United States in June 2015, many nations around the world still regard homosexuality as a crime punishable by jail time or even death.

Naturally, where homosexuality is illegal, the percentage of people who accept gays is extremely low. But other factors also contribute.

Religion plays a major role. When a culture is centered on religion as part of daily life, that country is likely to have less tolerance for homosexuality. According to the PEW Research Center, the countries with the highest gay acceptance rates are Spain, with 88 percent; Germany, with 87 percent; and Canada, with 80 percent. All of these countries scored less than 1 (on a scale of 1 to 3) on the religiosity scale: Spain’s religious commitment percentage is 22 percent, Germany’s is 21 percent, and Canada’s is 24 percent.

By contrast, one of the least accepting countries in the world, Nigeria, has a gay acceptance rate of 1 percent, with a score of 2.61 on the religiosity scale. According to the CIA website, 50 percent of Nigeria’s population is Muslim, 40 percent is Christian and the remaining 10 percent hold indigenous beliefs. Nigeria is the epitome of a country that has very little room for gay acceptance because of its lack of religious diversity and the intense religiosity of its population.

Canada, on the other hand, has 15 primary religions, with Catholicism the most prominent at 40.6 percent. The number of different religions is credited with making Canadian citizens more open to homosexuality because there isn’t such a driving force of religious influence.

Many countries still punish people who are found to be homosexual and who endorse or support homosexual acts. In Nigeria, federal law classifies homosexual behavior as a felony punishable by imprisonment, according to the Washington Post. However, many states within Nigeria ignore the federal law and instead follow Sharia law, the body and legal framework of Islamic law. Sharia law imposes the death penalty on homosexual men.

But some countries in Africa are more accepting. For example, South Africa, where same-sex marriage was legalized in 2006, has a gay acceptance rate of 32 percent. The same-sex measure there passed with a margin of greater than five-to-one, according to Pew. However, many indigenous peoples, the Zulu in particular, still see homosexuality as morally wrong.

The United States, on the other hand, is not as accepting of homosexuality as some people may think. As of 2015, the United States became the 22nd country to legalize gay marriage. The United States has a gay acceptance rate of 60 percent and scored 1.5 on the religiosity scale. This means that although more than half of the population believes that homosexuality should be accepted, religion is still very prominent at the center of US society.

According to the Pew Forum on Religious and Public Life, the Netherlands was the first country to legalize gay marriage in 2000. Although the law passed with a three-to-one margin, the Dutch parliament faced opposition from the Christian Democratic Party when the law went into effect. However, according to Pew, “Although Muslim and conservative Christian groups continue to oppose the law, same-sex marriage is widely accepted by the Dutch public.”

Fifteen years after the Netherlands became the first country to legalize same-sex marriage, and with laws in many countries making same-sex marriage and homosexuality either legal or illegal, gay acceptance is still a heavily debated issue.

Mabel Lujan has been in journalism for four years and has been an editor of The Demon Tattler for two years. Many people find the fact that she is an editor “so cool” ;). Her hobbies include dancing, being the old Mabel Luhan we learn about in New Mexico History, and spending too much time with her dog. She hopes to double major in anthropology and dance.

Why I feel racism is bullying