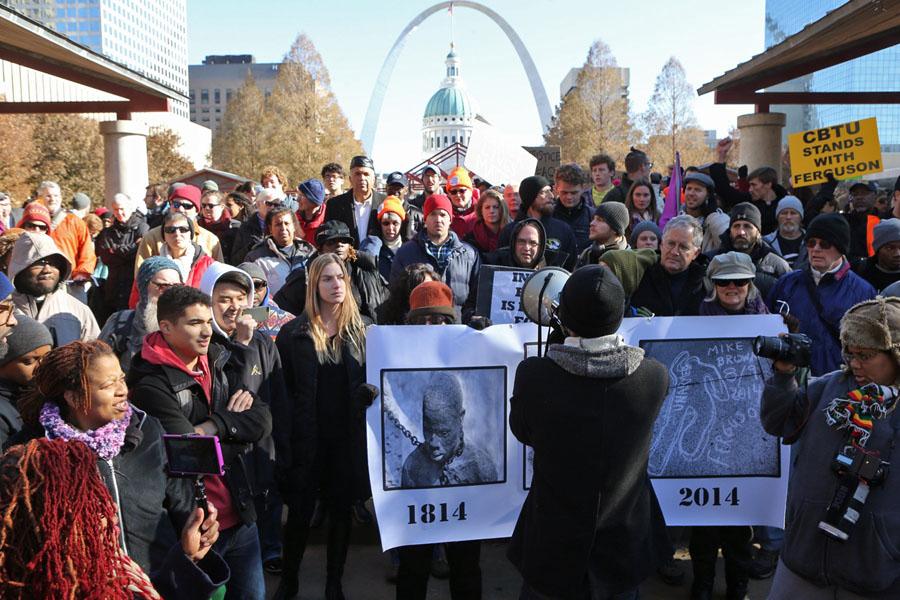 Millions of Americans are familiar with the famous words written in our own Declaration of Independence stating that all Americans are “created equal”. However, many citizens still deal with harassment, jobs refusals, and perceived inequality. This is no new concept; America continues to fight for racial equality.

The news of Michael Brown’s death in Ferguson, Missouri, spread like wildfire across the United States, quickly turning into a heated racial debate. The question has to be asked: is race still an issue in 2014?

Brown, an 18-year-old African American, was fatally shot by officer Darren Wilson, a white police officer. Wilson, responding to a call of a robbery, engaged in a confrontation with Brown which ultimately ended Brown’s life.

According to Mother Jones, a non-profit news organization, reports came out claiming “Brown was one of at least four unarmed black men who died at the hands of police in the last month alone.” The protests that followed the court’s decision not to indict Officer Wilson of any crime led to more racial unrest.

Because of similar cases such as those of Eric Garner and Trayvon Martin, where race was expected to have played a large role, people came to conclusion that race was the deciding factor in Brown’s death as well.

For example, Garner’s case received national attention after the New Yorker was put into an apparent chokehold by officer Daniel Pantaleo in July. Garner died as a result. Like the case of Michael Brown, the grand jury’s decision not to indict Pantaleo raised high public protest across the country.

After the death of Trayvon Martin in 2012, a group of activists joined together to aid in raising awareness of the racial inequality involving such cases. Their cry: #BlackLivesMatter. The slogan started as call for action on social media which now has received nationwide attention with their website, BlackLivesMatter.com, and organized protests sweeping across the U.S. Due to recent cases of African American discrimination, Black Lives Matter has been plastered over social media and on posters of protesters. According to the organization, “Black Lives Matter is an ideological and political intervention in a world where Black lives are systematically and intentionally targeted for demise.”

Racial inequality has been around since the arrival of the first immigrants. Many presidents have attempted to resolve this question of inequality, but the issue still remains.

His proposal would provide a quicker path to citizenship to the parents of those who were born in this country circumventing the process by which law abiding migrants are following to gain citizenship.

“I think [racial equality] will always get uglier before it gets better, that is just what history has taught us,” spanish teacher Carina De La Torre said.

“I think if we just promote it…with kindness, fairness and trying to look at people beyond color…that will definitely help.”

Principal Dan Serrano thinks that students – even at PHS – need to discuss racial equality and the Brown case.

“We should talk about it,” he said. “Just because [there is not an] effect on this school does not mean there is not one.”

To date, racial inequality has not been an issue on campus, but Serrano says he has seen situations where students felt the need to protest in support of civil rights.

During his tenure as McClintock High School’s principal in the early 2000s, students walked off campus to protest a Hispanic rights issue. Electing not to force the students to stay in school that day was a decision Serrano made for school safety, as he felt that forcing them to stay on campus could have escalated into a more serious situation.

Although, the diversity on our campus may or may not reflect the country as a whole, Arizona, with its proximity to the border, remains at the center of racial debate.

Ellie Wendt is a senior at Perry High School and this is her third year writing for the Precedent. This year she will be covering stories such as music reviews and softball. She plays basketball and loves writing and reading. Also in her spare time she enjoys listening to music. Ellie hopes to pursue a career in writing after college.

Where are the women?

ME / Voice of Youth

Racial Profiling in the United States